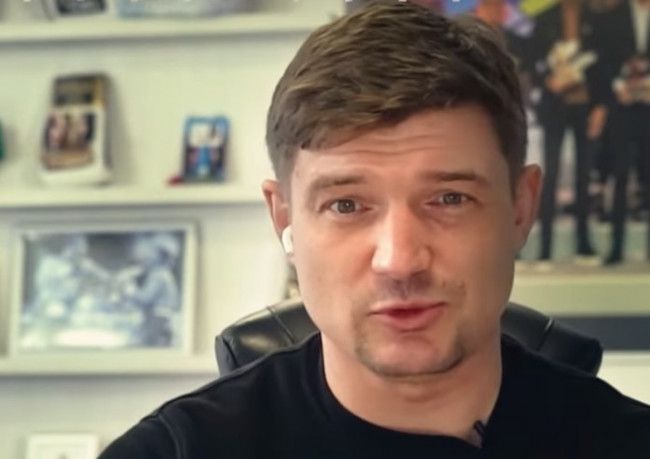 WBA world light heavyweight champion Dmitry Bivol (20-0, 11 KOs), a representative of the occupying country of Russia, was allowed to fight against Mexican star Saul Alvarez (57-2-2, 39 KOs), allegedly because he was given a condition – exit to the ring should take place without the anthem and the flag of the Russian Federation. And not because it is a fabulously profitable event, and the sanctioning organizations will do everything to get around their own statements about the ban on the participation of Russian athletes in fights under their auspices.

He spoke about such a “kitchen”
YouTube channel Sergei Dolbilov, WBC Ukraine President Nikolay Kovalchuk. According to him, he called the President of the Council Mauricio Suleiman and told him that “you can’t be selective in sanctions”, to which he replied that “yes, we ban all Russian boxers” – and so on.

“I tell him: is Bivol a Russian boxer? Russian. Why was it allowed then?” Kovalchuk says.

The head advises him and says: “Well … Firstly, this is not the WBC, but the WBA. Secondly, we clearly know and studied Bivol’s rhetoric regarding the beginning [полномасштабной] war in Ukraine: he does not apply to comrades like Povetkin, Lebedev, Kudryashov, Pirog and other evil spirits. He [якобы] criticizes the war.

And, according to Kovalchuk, who conveys the words of Suleiman, the boxing organization set a condition for the Russian: he enters the ring without the flag and anthem of the Russian Federation, that is, not as a representative of Russia, but simply as a world champion.

“So he was allowed. Well, I say to Suleiman: the rhetoric is clear, the explanations also, but this… We are all against it. Because it is selectivity,” the head of WBC Ukraine stressed and lamented that the same double standards are applied to Kadyrov’s Artur Beterbiev, who, according to promoter Bob Arum, “represents Canada.”

By the way, Bivol made a prediction for the Beterbiev-Smith fight yesterday.