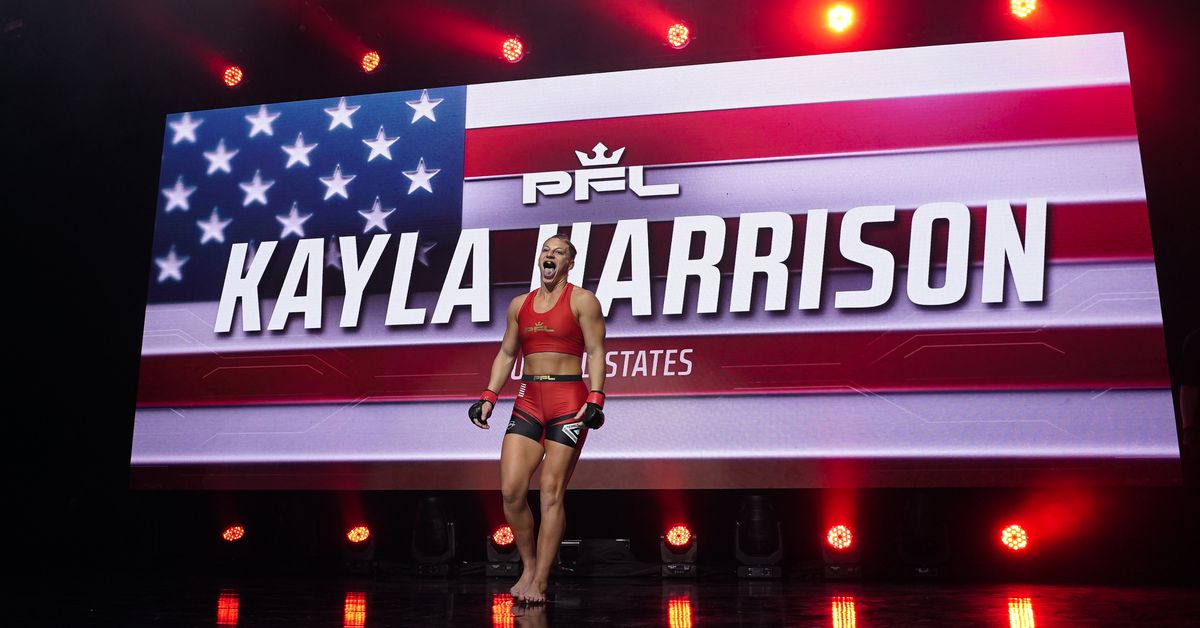 Howdy, folks! Last weekend we had UFC 272, a grudge match for the ages that people were extremely excited about. This week, not so much. There’s a lot of MMA action this weekend but it’s all flying under the radar, including UFC Vegas 50 which is a low-key banger of a card. So let’s keep it simple this week and talk about the major stuff before tonight’s fights.

True or false: Ankalaev gets a title eliminator bout with a win and a loss for Moraes means the end of his UFC roster spot (for now)

True on both counts.

I’ve been beating this drum for awhile not but I believe Magomed Ankalaev is a future light heavyweight champion and though he’s not unknown, it feels like he’s still somewhat overlooked. Ankalaev is 7-1 in the UFC, with that lone loss coming in the very last second of his UFC debut in a fight he was winning handily before then. Had he been more aware of the clock, Ankalaev could easily be 17-0 in his career. Add in that weird first fight with Ion Cutelaba and I think people simply don’t view him in the same class of prospect as an Islam Makhachev or Khamzat Chimaev, but he’s right up there with them.

Ankalaev is one of the more capable strikers in the light heavyweight division. He doesn’t pack the raw power that some of his peers do but his hands aren’t soft either and he’s got a pretty crisp boxing game with good distance management. He also has a combat Sambo and wrestling background which he can lean on whenever the occasion requires, which is more versatility than most have to offer in the division. Add in that he’s only 29 and still improving rapidly and I see a bright future of him in a division full of mercurial and/or aging talent. Given his impressive streak, with a win tonight I expect Ankalaev to be booked against Aleksandar Rakic in a title eliminator bout now that Jan Blachowicz was forced from their fight.

As for Marlon Moraes, wow, what a rough road he’s been on. At one point, Moraes was in consideration to be the best bantamweight in the world. Now he’s lost four of his past five fights, with the lone win being a contentious split decision over Jose Aldo. It’s been an astonishing drop off for “Magic,” made even more surprising by the fact that Moraes is only 33! But that’s MMA, man. Sometimes people lose it overnight. Just ask Johny Hendricks.

This is definitely a make or break fight for Moraes especially since if Song Yadong wins, it’s probably going to be by knockout. That would mean four KO losses in a row for Moraes. Unfortunately, I think that’s the most likely outcome here, meaning Moraes is going to get his walking papers and we will see him compete at Eagle FC in the fall.

Saturday night is filled with, in my opinion, one of the greatest fight night cards. There are numerous fights on that just scream violence. The fight that stands out to me is the Yussuf/Caceres fight. Bruce Leroy is on a career resurgence with 5 straight. What are his chances?

Liam is correct, tonight’s fight card is sneaky good. Because it lacks a marquee main event, and because most of the fighters competing are somewhat deep cuts on the UFC roster, UFC Vegas 50 isn’t getting a lot of shine, but this is by far the best Fight Night event of the year so far. All of the fights on it are meaningful and well-matched and most of them should even line up to be competitive scraps too!

As for Alex Caceres, the fact that he’s on a five-fight win streak is incredibly under the radar. He’s never going to fight for a title, but six in a row inside the UFC is super difficult to do and a win here could sneak him into the back end of the top-15. And he has a chance. Sodiq Yusuff is the better and more powerful striker, but Caceres is one of those guys that is super awkward, so fighting him is always a challenge. More importantly, Yusuff isn’t the best grappler so if Caceres can force tie-ups and get a scramble going, he could maybe lock something up. I still favor Yusuff to win but Caceres isn’t dead on arrival. Fun little scrap.

What are your 3 best “deep cut” fights’ happening this weekend?

Well, my actual choices for this question have already happened. If you didn’t watch ONE Championship on Friday, give this a quick glance because that card was full of all-out violence and it was the fight card I was the most into this weekend.

Outside of ONE though, UFC Vegas 50 has a lot of bangers on it. The entire main card is hot fire, with the worst fight of the bunch oddly being the main event. But on the undercard Javid Basharat is making his UFC debut against Trevin Jones in a great piece of matchmaking. Basharat fights like Conor McGregor but poorly, so he’s fun to watch and Jones is good enough to beat him but mercurial enough to lose as well. Also, Kris Moutinho vs. Guido Cannetti has a chance to win Fight of the Night honors as both men appear to be allergic to defense. And finally, over on Bellator (I know, what?!) there is a middleweight fight between undefeated prospect Johnny Eblen and former title challenger John Salter. I’m really intrigued by Eblen as a prospect because he’s a good wrestler and can punch real hard. That fight probably won’t be fun to watch but it’s oddly important for Bellator and a legitimate deep cut.

With Colby, Max, and Whittaker all losing to their divisions champ twice, who, if anyone, will win their belt? And who does it first?

Like Joseph Benavidez, Urijah Faber, and countless others before them, Colby Covington, Max Holloway, and Robert Whittaker have all found themselves in the dreaded Franklin Zone. Once you enter the zone, there is no escaping. No one ever has and I doubt anyone ever will. However, Holloway and Whittaker do have very small chances to be the first humans in history to escape the Franklin Zone, for very different reasons.

For one, Holloway is going to get a chance to do so. He and Alexander Volkanovski were already set to run it back a third time until an injury upset things, but Max will fight for the belt this year. Given how close his two fights with Volko have been, the man certainly has a chance to break through and reclaim the title, though I still favor the champion.

Whittaker, meanwhile, has a much different path ahead of him. As much as Rob believes he beat Adesanya the second time around, the truth is, he very much did not. Adesanya won three rounds at least, and that’s even with Whittaker fighting pretty close to perfectly. The matchup is simply very, very difficult for him and so long as Adesanya holds the title, he’s not getting it back. However, Adesanya probably isn’t going to stay at 185 for long. The champ has been open about wanting to take another crack at 205 and this time, doing it right by adding on weight. My prediction is Adesanya defends his title two more times this year and then vacates the belt to move to light heavyweight, clearing the path for his friend Kamaru Usman to move up and pursue the middleweight strap. Usman vs. Whittaker for the middleweight belt in early 2023 is one hell of a fight and gives Rob a real chance to break out of the Franklin Zone.

Kayla Harrison re-signs with the PFL

Looks like you were right about Kayla resigning with PFL! With cyborg only having one fight left on her contract (gotta fact check that), where does she go from there? Also, do most big name fighter contracts include a matching period? How long do those periods typically last ?

And now for the biggest news of the week, Kayla Harrison is no longer a free agent, she’s back with the PFL for multiple years.

On the subject of matching periods, etc, I have no idea, so I’m gonna breeze past all that to get to the big one: Harrison re-signing with the PFL means Cris Cyborg’s days in Bellator are numbered.

Whether it’s one or two fights left, Cyborg is close to the end of her current Bellator deal, and while I’m sure she’s happy there, Scott Coker and company clearly have nothing left to offer her. She’s currently set to rematch Arlene Blencowe, a women she bulldozed just two years ago, and that only came about after they pitched a rematch with Sinead Kavanagh, a women Cyborg KO’d in 90 seconds just this past November! Though Bellator oft declares their featherweight division as the best and deepest in the world, that’s only true in the same way that a kiddie pool is deeper than a sidewalk puddle; we still ain’t talking about Lake Michigan here.

The fact of the matter is, Harrison needs Cyborg more than Cyborg needs Harrison, but Cyborg wants Harrison. Cyborg loves collecting belts and it is legitimately badass that she has been champion in basically every major fighting organization in history. Pursuing one more is right up her alley and would only serve to solidify her legacy as one of the best and most accomplished fighters of all time. When Cyborg’s time with Bellator is up this year, I would be shocked if she didn’t sign with the PFL, who will probably write her a blank check to make this Harrison fight happen. In fact, the only way I think it wouldn’t happen is if Bellator agrees to co-promote the fight before Cyborg becomes a free agent.

Either way, Cyborg vs. Harrison is happening at the end of the year or maybe early 2023, and I cannot wait for it.

Thanks for reading and thank you for everyone who sent in Tweets! Do you have any burning questions about things at least somewhat related to combat sports? Then you’re in luck, because you can send your Hot Tweets to me, @JedKMeshew, and I will answer them! Doesn’t matter if they’re topical or insane. Send them to me and I’ll answer the ones I like the most. Let’s have fun.