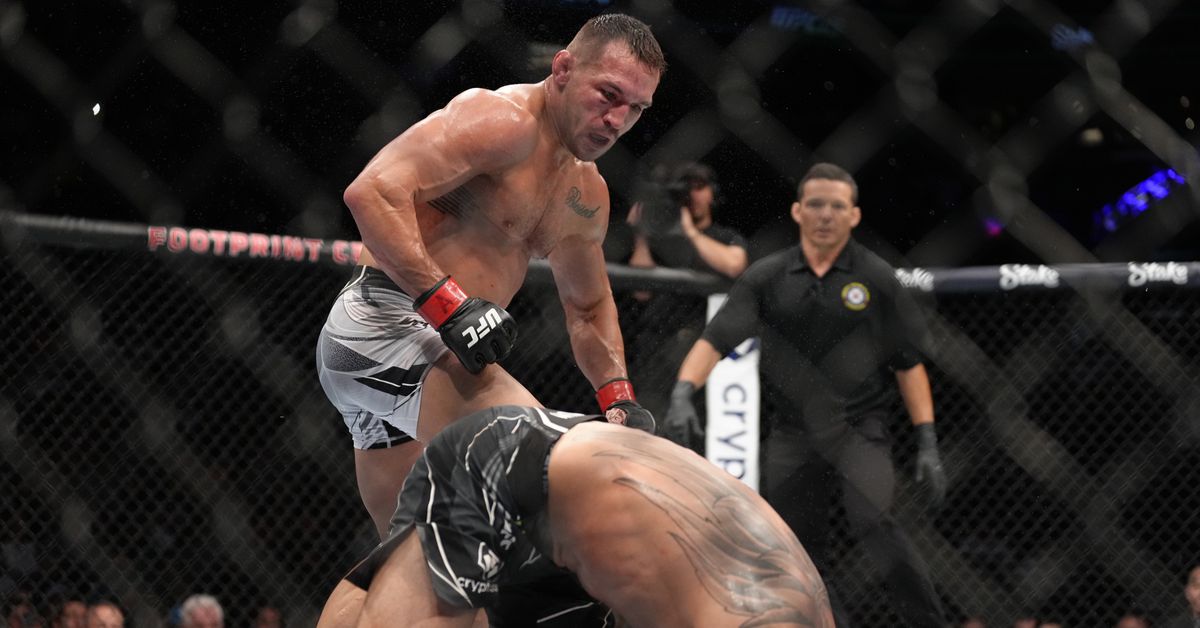 Chandler vs. Ferguson took place May 7 at the Footprint Center in Phoenix, Ariz. Former Bellator lightweight champion Michael Chandler (23-7) took on longtime veteran Tony Ferguson (25-7) on the main card of UFC 274. The fight aired live on ESPN+ pay-per-view. Catch the video highlights below.

The man, the myth, the legend

See you at the

That whole round had us on the edge of our seats

For more on Chandler vs. Ferguson, check out the live blog by MMA Fighting’s Jed Meshew.

Round 1: Ferguson out in southpaw with Chandler in orthodox and it’s Chandler with the center to start, while the crowd starts a loud “Tony” chant.

Chandler takes his time, Ferguson is active but has not yet committed. Chandler throws some leg kicks which are checked. Chandler begins to step in and throw, while Ferguson looks for counter elbows.

A jab from Ferguson sits Chandler down! Chandler stumbles back, and Ferguson tries to get a good shot. Ferguson on the hunt and Chandler in retreat. Ferguson is landing some good shots, and Chandler now launches himself into big shots. But he gets caught. Ferguson lands a sharp left hook and Chandler explodes into a power-double and gets the takedown!

Ferguson immediately going to work with elbows and getting the legs active. Chandler looks like he was cut by one, but he is trying to position himself and take shots. He’s not done yet, Ferguson’s legs get in his way. Chandler remains in his base, and Chandler now has big shots!

Ferguson now looking to use the fence to stand but Chandler is smothering him. Chandler is trying to take shots but Chandler keeps his distance. An punch lands from Chandler though that opens up Ferguson so both men are bleeding and the horn sounds.

MMA Fighting scores the round 10-9 Ferguson.

Round 2: On the feet, Ferguson was styling on Chandler but as has been the issue, once he got taken down he was behind. To content to try offense off his back. We’ll see if Chandler does that in this instance.

Ferguson takes the center and Chandler’s right eye is massively swollen. The problem appears to be serious. BUT, IT DON’T MATTER DURING A FRONT FACE FLANTS TONY FERGUSON OUT COLD!!!!!

Michael Chandler defeats Tony Ferguson by KO (front kick) at :17 of Round 2.