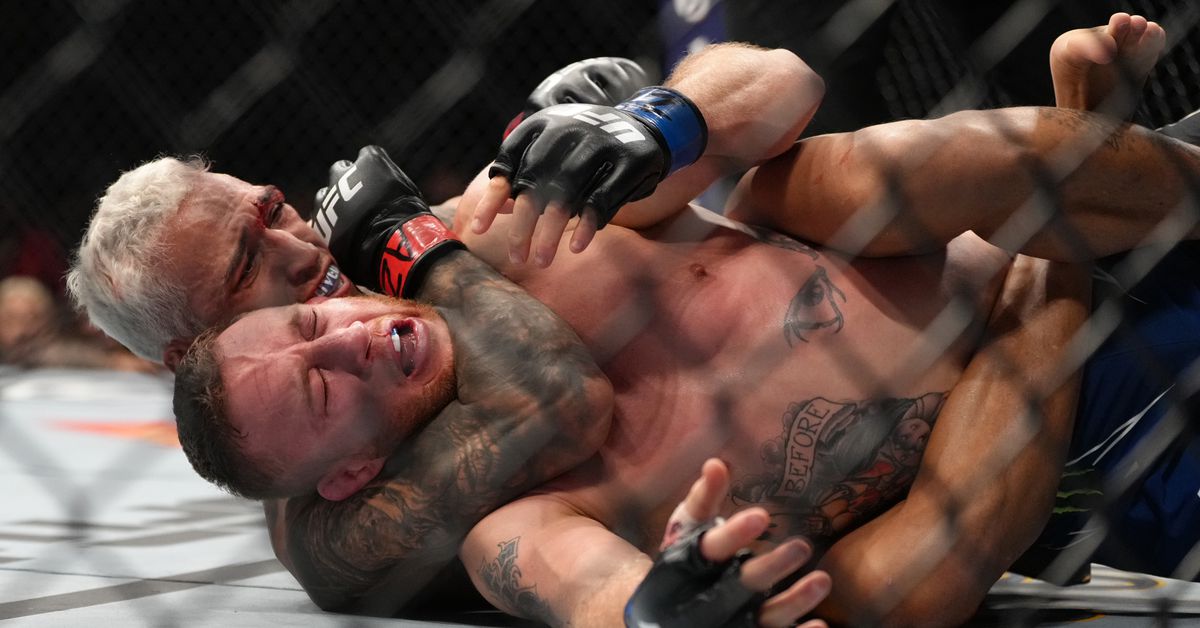 Oliveira vs. Gaethje took place May 7 at the Footprint Center in Phoenix, Ariz. Charles Oliveira (33-8, 1 NC) and Justin Gaethje (23-4) collided in the main event of UFC 274, with only Gaethje being eligible to win the UFC lightweight title after Oliveira missed weight by 0. 5 pounds. ESPN+ paid-per-view aired the fight live. Check out the highlights video below.

No more waiting – time for action

The most dangerous finisher in the UFC strikes again

Charles & Dana having a chat

The best LW in the world

For more on Oliveira vs. Gaethje, check out the live blog by MMA Fighting’s Jed Meshew.

Round 1: Both men out in orthodox stance to begin and Oliveira comes forwards and lands a big right early that wobbles Gaethje but Gaethje lands big leg kicks and we are brawling right out of the gate!

Big right hand from Oliveira wobbles Gaethje again but an uppercut buts Oliveira on his ass! Brawling! Oliveira takes a large left hook, and then drops again. Gaethje doesn’t bite, so Oliveira tries to drag Gaethje to the ground. Oliveira bleeding from his left eye.

Garthje loading with left hooks. Oliveira presses and jumps knee. Oliveira lands a big left. Oliveira firing back. Oliveira pulls back guard and grabs a headlock, but Gaethje immediately gets up. Oliveira checking leg kicks. Although he is bleeding quite a bit, he can still land his right hand. Gaethje loading up too much.

Oliveira walks forwards, and Gaethje is right-handed planted by him! Oliveira is attempting to choke him down. Oliveira is moving towards an arm! Gaethje up but Oliveira on rolls to the back and the choke is in! Gaethje fighting but he can’t! There’s the tap!!!! What a fight!

Charles Oliveira defeats Justin Gaethje by submission (rear-naked choke) at 3:22 of Round 1.