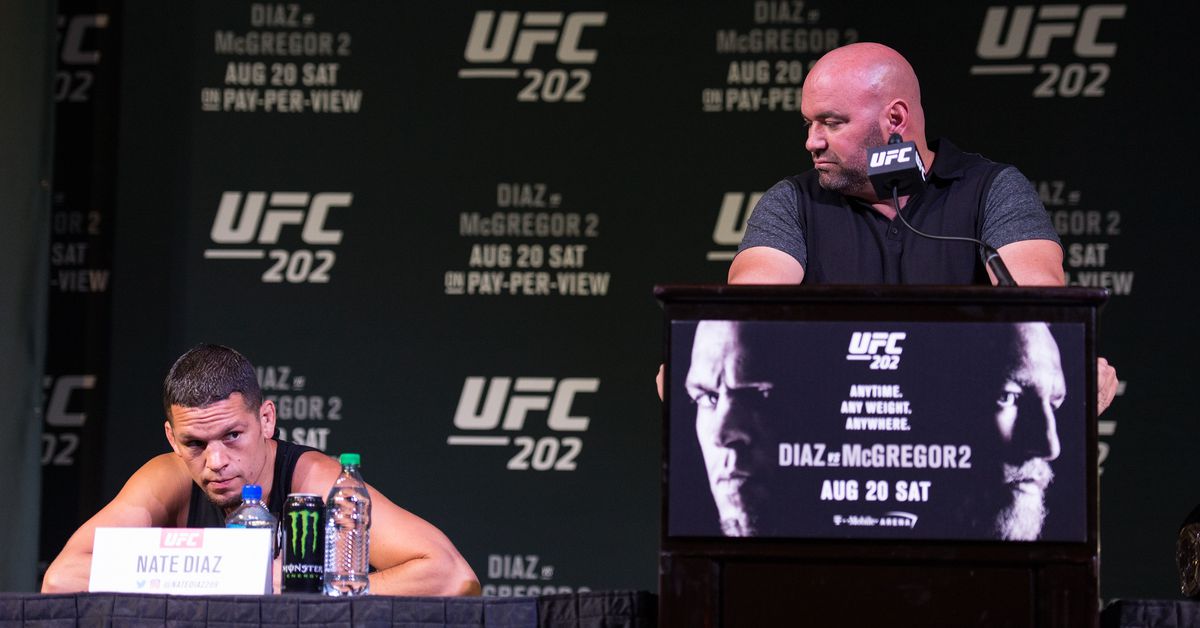 UFC president Dana White was given the opportunity to respond to Nate Diaz’s request to get a fight this summer, or a release, as well as the popular fighter teasing a future bout with Jake Paul. With White suggesting Diaz should go face Paul in the boxing ring, does that mean the UFC will cut Diaz loose?

On a special Wednesday edition of Heck of a Morning, MMA Fighting’s Mike Heck reacts to White’s comments about Diaz and wonders why the UFC doesn’t just give Diaz what he wants and set him free to pursue any opportunity he wants outside of the promotion. In addition, listeners as questions about UFC Vegas 57 this Saturday, the UFC’s bantamweight division, if Sean O’Malley vs. Adrian Yanez is the fight to make if O’Malley is successful against Pedro Munhoz at UFC 276, Israel Adesanya’s recent comments about Alex Pereira, and much more.

You can listen to Heck of a Morning on Tuesdays, Thursdays and Fridays live at 10 a.m. ET on the MMA Fighting Twitter Spaces.