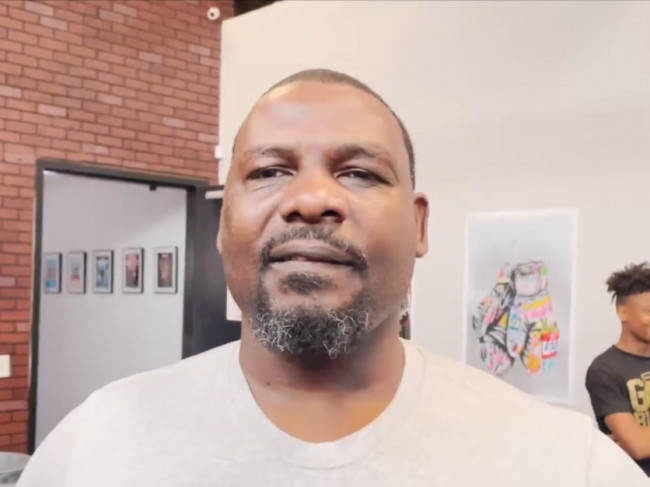 The ex-champion believes that the decision to end Fury’s career will depend on the result of the rematch between the unified IBF / WBO / WBA champion Ukrainian Oleksandr Usyk (19-0, 13 KOs) and the former British title holder Anthony Joshua (24-2, 22 KO). Rahman is confident that Fury knows he will lose to Usyk in a possible fight.

Tyson Fury announced his retirement after an impressive win over Dillian Whyte. Do you believe him?

– I think if he wants to keep his legacy intact, he should (leave). Because I think Usyk can beat him.

— [кивает] I think Tyson Fury’s biggest advantage is that most heavyweights are really slow and he fights them. But if you go up against a boxer like Steve Cunningham, bad things can happen. Mustache at its peak. He came to heavyweight and I think he can beat Tyson Fury.

“I think Fury’s advantage in this fight will be in size. Wouldn’t that be a significant advantage?

“Most heavyweights are in front of you. And Tyson can deliver punches, knit. Usyk is not such a fighter. He won’t let him use his weight and size. In fact, he’s using his size and weight against him. He will make him do little snatches and box. He will make him do it all 12 rounds. It seems to me that Tyson weighs around 136 kg and will run out of steam. I think what he uses against guys like Deontay Wilder… He’s a brutal puncher, but not a very good boxer. He couldn’t stop Fury from knitting him. But someone like Usyk, with his athleticism, will turn it against Tyson and exhaust him, and then probably knock him out.

– Do you bet on Usyk in a rematch with Joshua? Do you expect him to win in a similar style?

“I just think these guys are not really trying to fight Usyk.

“I would just fight with him. Just trying to knock him out. I would just throw and throw (punches), don’t give him a break. It would stick to him like a tattoo. If you give him space to act, you will be outboxed.

Can Joshua make that type of effort to win?

– He must. There is no other way. If he does this, I give him a great chance to win. But if he tries to box with him, it won’t happen.

“Let’s say if Joshua squeezes the win, gets even with Usyk, of course some people will want a trilogy. But I think Tyson Fury can jump in and say, “British fighter against British fighter, let’s do it!” How big will this fight be?

– It will be huge. And that’s why Tyson Fury plays games. If Joshua wins, he won’t retire. If Usyk wins, he will retire. He knows he won’t beat Usyk.

— So, you consider Usyk the king of the hill.

– Undoubtedly. I think Tyson’s secret is that he is a boxer and can get into a fight when most heavyweights are just fighting. But Tyson can use his evasiveness, grab you, that sort of thing. He tires heavyweights because we’re not used to it. He does the heavyweight middleweight stuff. But he makes them places. Usyk can do it all 12 rounds. That’s what Tyson doesn’t want. Usyk is the best version of what Tyson does.

– Do you admire what Usyk does?