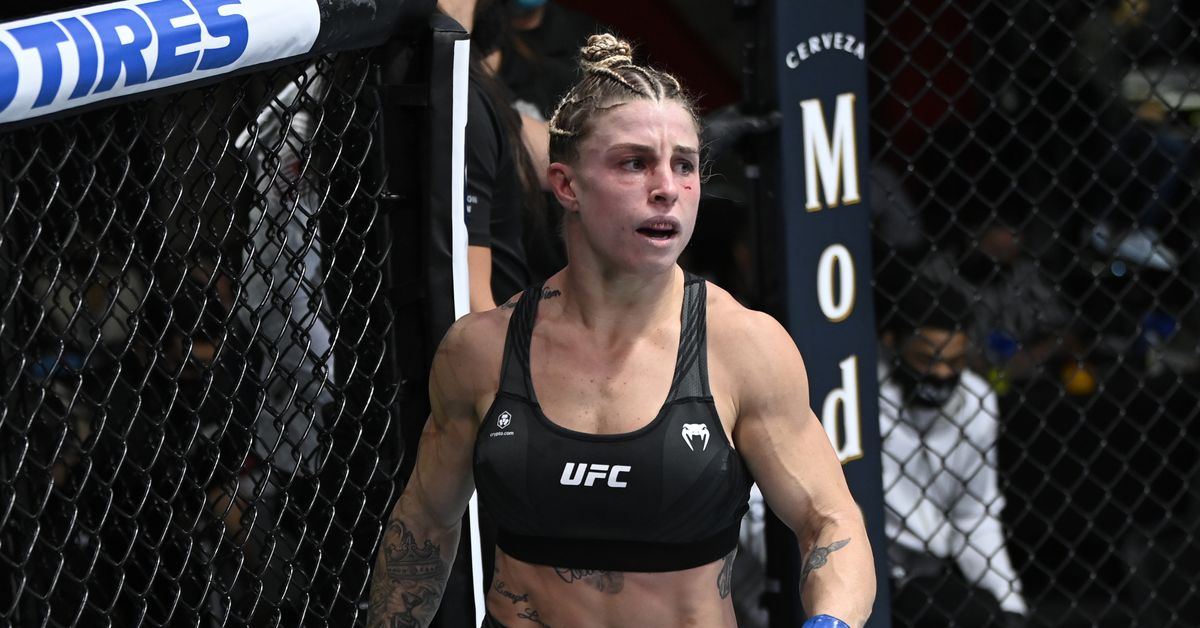 UFC Vegas 49 has lost a fight with the strawweight bout between Hannah Goldy and Jinh Yu Frey being removed from the event just days before the card was scheduled to take place.

UFC officials announced on Wednesday that illness forced Goldy off the card, and the promotion will not seek a replacement opponent to face Frey on short notice.

Goldy wanted to improve on her win in UFC. She had defeated Emily Whitmire by submission in September. This stopped a 2-fight skid. After winning Dana White’s Contender Series , she was first on UFC radar.

Frey is coming off back to back wins in UFC, including victory over Ashley Yoder in unanimous decision July 2021.. Frey has posted a 2-2 record overall in the UFC after signing with the promotion following a run in Invicta FC.

At this time, there’s no word if the UFC will attempt to rebook the fight between Goldy and Frey for a later date.

UFC Vegas 49 will continue with 11 total fights, including the main event when Islam Makhachev faces Bobby Green in an 160-pound catchweight bout.