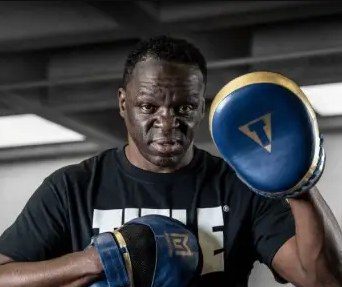 The famous American coach Jeff Mayweather does not believe that his compatriot, WBC lightweight champion (up to 61.2 kg) Devin Haney (27-0, 15 KOs) will be able to beat George Kambosos (20-0, 10 KOs) in Australia in some other way than a knockout.

There is another option with a defeat on points, but, given the level of Kambosos, Mayweather does not believe in it.

“I used to coach Haney,” Jeff recalls. “I think he has a good chance of winning this fight, but he can’t win in Australia. He won’t win there if he doesn’t knock him out (Kambosos), which he just doesn’t have. He has no knockout power, although anything can happen in the ring.”

Devin Haney: “I will beat Kambosos 10 times out of 10. In Australia”

“If it comes down to a decision, I don’t think Devin can win,” Mayweather continues. – I think it will be a difficult and close fight, even if it took place here (in the USA). After all, Kambosos can also fight, he “will not fall under anyone” and showed it against Teofimo Lopez. At the time, I thought Teofimo was the best in the division, but Kambosos showed that this is not the case.”

“I think if you don’t defeat him (Kambosos) unequivocally, that is, by knockout or by beating him in every single round, you will never win in Australia,” the specialist concluded.

Recall that the fight Kambosos-Haney for the absolute championship in 61.2 kg is scheduled for June 5 in Melbourne (Australia).

Previously, Haney called his main requirement before the fight with Kambosos.