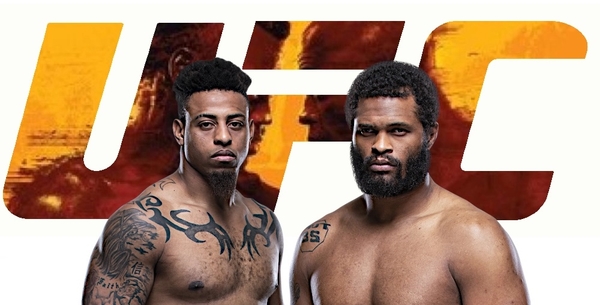 An interesting confrontation between American heavyweights Hardy and Green is planned in the main card.

Former NFL player Hardy quickly rose to prominence in the UFC, posting a 2-1, 1 NC record in his first four fights, where he earned a stupid disqualification loss due to his own stupidity, and won a fight that didn’t take place but was stripped of it for using an inhaler. between rounds. In November 2019, Hardy showed little in the fight against Alexander Volkov, losing on points. And in May at UFC 249, he closed the loss with an unimpressive unanimous decision victory over the injured Yorgan De Castro.

Green hasn’t fought since June, when he submitted Gian Villante with a triangle in the 3rd round. With this, Maurice closed two consecutive early losses from the Russians Sergei Pavlovich and Alexei Oleinik.

Hardy is a fighter with no martial arts background. He relies on his size, physical strength, strong punch and strong chin. Green is also very dangerous on the stand, but he also has good ground skills, as evidenced by his two out of four UFC submission victories.

But at the same time, Hardy has a good defense against takedowns, and as for the stand, Greg has a certain advantage in this component due to “physics”. We expect that Hardy in one of the episodes will be able to hit Green with powerful punches, which will lead to a stop.

Hardy wins by knockout in the 2nd round