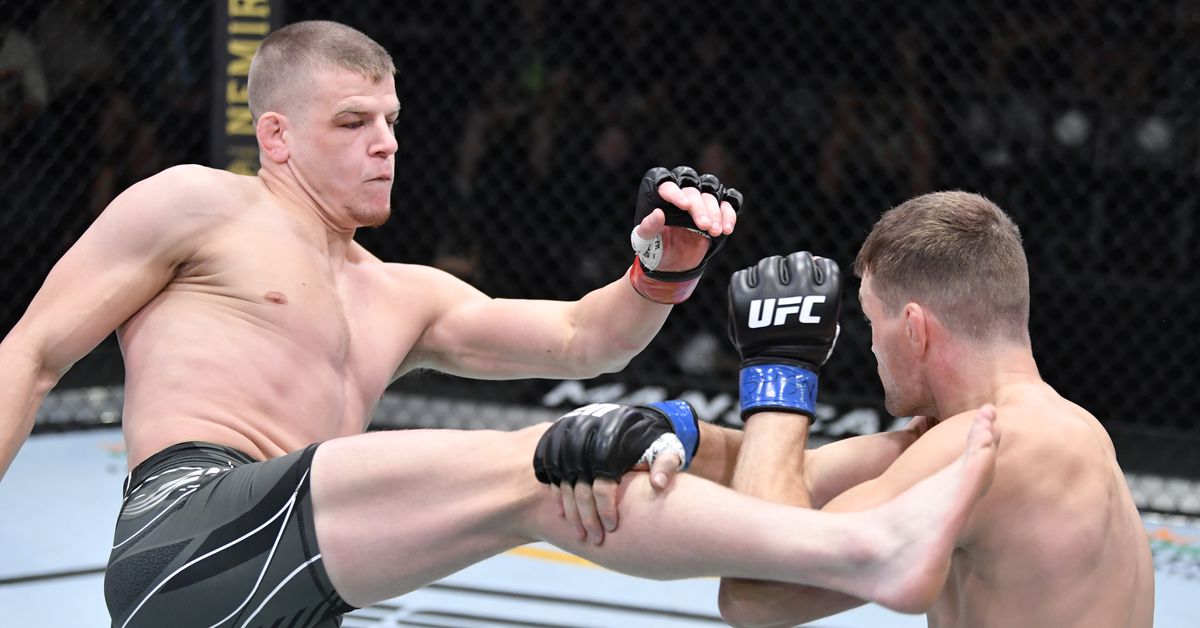 MMA Fighting’s Mike Heck confirmed with sources with knowledge of the change that Dawson (17-1-1) will replace Rafael Alves to fight Jared Gordon (18-4) in a lightweight bout at UFC Vegas 53, which takes place at UFC APEX on April 30. The reason for Alves’ withdrawal has not been disclosed.

The new matchup was first reported by mixedmartialarts.com.

Dawson is undefeated at 5-0-1 since being signed off of Dana White‘s Contender Series in 2017. He moved back up to 155 pounds last March and scored a knockout win over Leonardo Santos before going to a majority draw against Ricky Glenn in October.

Gordon has also been on a winning streak, having won consecutive decisions over Joe Solecki and Danny Chavez. In his most recent outing this past October, he earned a split nod over Solecki at UFC Vegas 38.

UFC Vegas 53 is set to be headlined by a bantamweight bout between top contenders Rob Font and Marlon Vera.