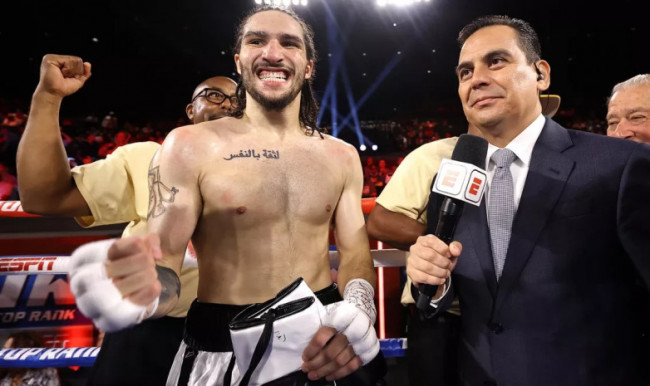 Walsh worked through the jab, launched twos, sometimes missed the opponent’s counterattacks. It seemed that nothing incredible would happen in the opening round, and then Ali’s grandson had a two-pointer – the opponent lay flat on the canvas, the referee stopped the fight.

Muratalia sent Hill to a flush knockdown in the first round. Then shook in the 2nd.

In the 3rd three-minute period, the knockout dropped the opponent on his back. The referee stopped the fight.

The underdog gave all his strength and at first was even competitive. In the 4th round, he went to the canvas, barely survived the 5th three-minute, and in the next round he was knocked down, after which he could not continue the fight.

“Transformer” dropped the opponent twice in the 2nd round, after which the referee decided to stop the one-sided fight.

Made it look easy.