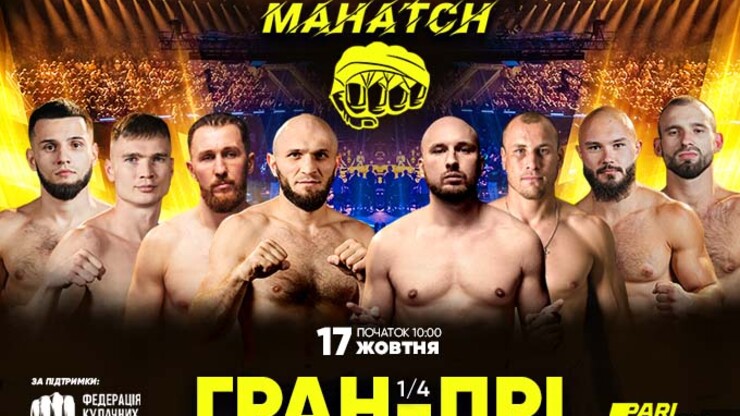 After the grandiose battle between Berinchik and Lobov in the Sports Palace, fisticuffs are again ready to gather spectators. Already on October 17, the next event of the Mahatch fisticuffs league will take place in the capital’s Freedom Hall – 1/4 Grand Prix.

You are waiting for the continuation of clashes between the best fighters of the organization, guests from sunny Kazakhstan, as well as the fight between the first holder of the championship belt of the organization “Hardcore Fighting Championship” – Abubakar Suleymanov against the three-time champion of Ukraine in K1 and the guarantor of spectacular fights – Kozlovets Tikhon.

The confrontation within the Grand Prix is ​​gaining momentum and you are waiting for the fights of the quarterfinalists, who will meet to determine the strongest and get one step closer to the main prize – Toyota Camry.

Become a part of the unique atmosphere of real brutal battles, buy tickets for Esport.in.ua.