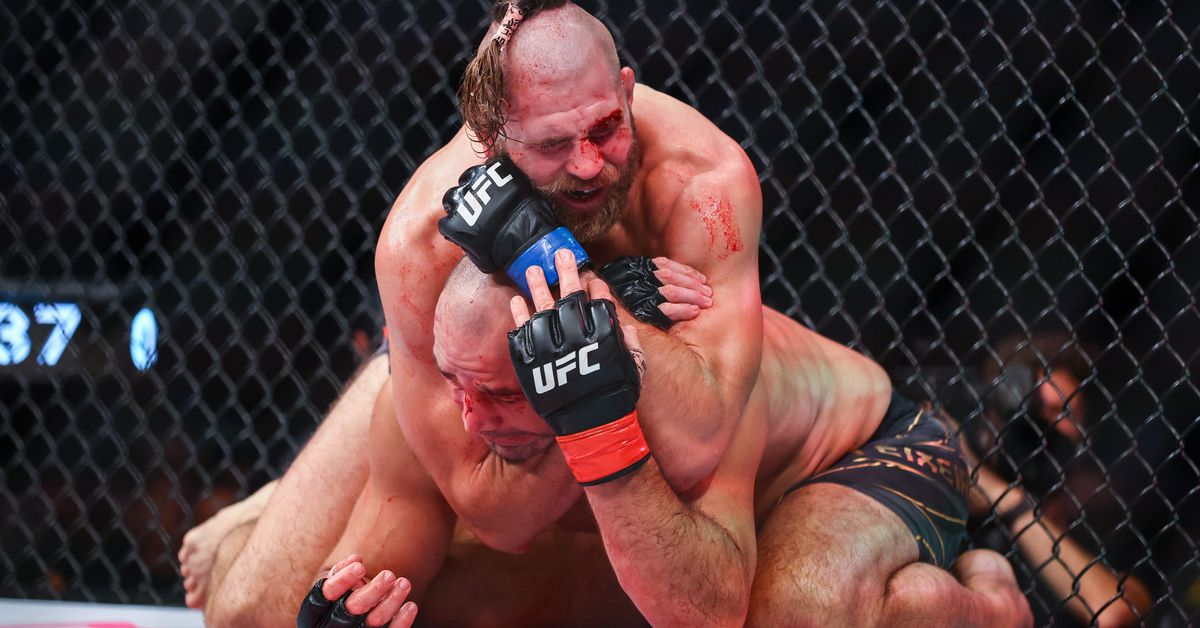 Glover Teixeira was seconds away from possibly retaining the UFC light heavyweight title via decision Saturday in Singapore, but he returns home without the gold after tapping to a rear-naked choke in the final round against Jiri Prochazka at UFC 275.

Following his loss, the 42-year-old posted a video on social media, speaking in his native Portuguese, to address the heartbreak and make a promise to bounce back.

“We got hit a little bit there but I gave my best in this fight,” Teixeira said. “But the hand came in the neck, I was very tired, and I think I didn’t believe [in the submission]. I should have turned, but now it’s too late to cry over spilled milk. Live by the sword, die by the sword.

“I gave my best and it wasn’t enough, but let’s go for the next one. Thank you to all of you that root for me for the support. I’m fine, just a few cuts, but let’s go.”

UFC 275 in Tweets: Pros react to ‘Fight of the Year’ in Jiri Prochazka vs. Glover Teixeira slugfest

The first submission defeat of Teixeira’s 41-fight MMA career ends a six-fight win streak that included victories over Jan Blachowicz, Thiago Santos and Anthony Smith. Prochazka, a former RIZIN champion, is now 3-0 with a trio of finishes inside the octagon. The UFC has yet to announce who’s next in line for the 205-pound throne.

On Sunday, Teixeira also made sure to congratulate and thank Prochazka for a thrilling main event via Instagram.

Nothing but class from Glover Teixiera #UFC275 pic.twitter.com/VqxS3LHYnZ