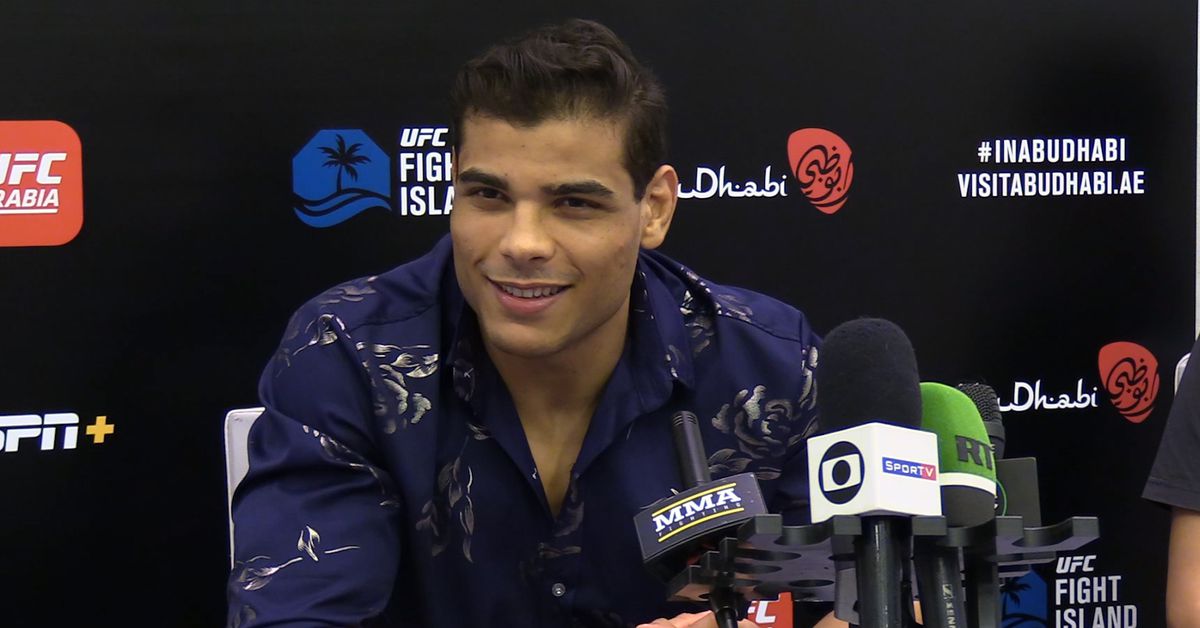 Paulo Costa claimed he was drunk hours before challenging Israel Adesanya for the UFC title in Abu Dhabi. He then weighed in at over a kilo for Marvin Vettori’s main event. Most recently, “Borrachinha” was accused of assaulting a nurse in Brazil.

Glover Teixeira (a Minas Gerais native) was asked by ESPN Brasil about Costa’s numerous controversies before his UFC light-heavyweight title defense against JiriProchazka in Singapore. He did not hesitate to criticize.

” I believe Borrachinha is being too corrupted and influenced by YouTube users and Instagram. Maybe he’s trying to get attention in order to attract followers like Jake Paul,” Teixeira stated. He may be doing the right things, but I can’t tell you.

” I mean, look at him, you have more followers than me. Maybe that’s worth more money down the line, so who am I to talk? If that’s his goal, gain more followers and be the Kim Kardashian of Instagram, he’s on the right path. If his goal is to be a champion, then he must put aside the controversy and concentrate on training and diet and what he wants .

Costa, who is scheduled to face Luke Rockhold in his next bout in August, has 1. 1 million followers on Instagram, while Teixeira posts for a total of 330,000 fans. That said, Teixeira explained that being popular online is not his ultimate goal.

” I’m not saying that he is right or wrong,” stated the UFC lightweight champion. “If we’re talking about money and followers, he’s right. It’s not my goal to have followers. It was my goal to always be the greatest fighter in the universe. When I retire from fighting, I’ll delete all my social media and start over.”