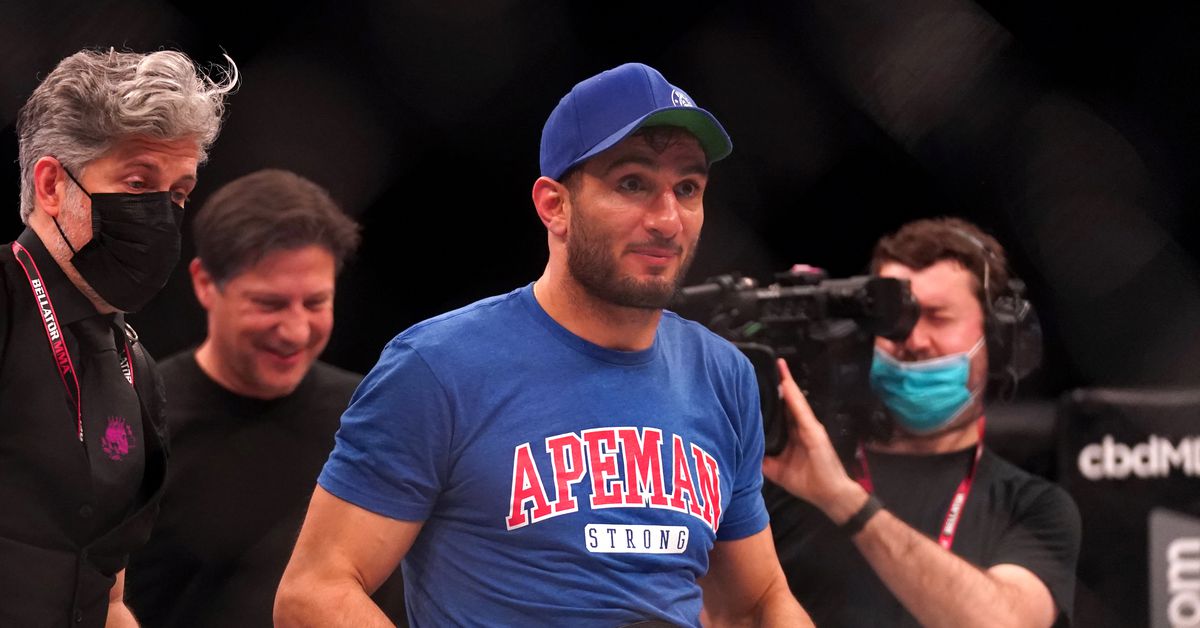 Bellator middleweight champion Gegard Mousasi doesn’t want to hear from the doubters on his supremacy over his division.

He admitted that he has a lower talent pool but still believes there are no 185-pound fighters of his caliber in the world, which includes UFC champ Israel Adesanya as well as ex-champ Robert Whittaker.

“Listen, he or Whittaker, their standup styles are perfect for me,” Mousasi laughed when asked about a potential UFC/Bellator showdown on The MMA Hour. “I will defeat them. Who are these potato fans that think I can lose? F*ckers. No respect.”

Mousasi might not be at the top of the heap on internet ranking committees, but he’s riding high after stopping title challenger Austin Vanderford inside one round at Bellator 275. Vanderford marked the second defense of the title he captured in a fight against Douglas Lima, and the 31-year-old fighter was undefeated until the event this past Friday.

“Listen! I am not talking here about the Mousasi one year ago. I also don’t mean the Mousasi five years ago,” Mousasi said. I’m referring to the 85 second Mousasi that you saw on Friday. And I’m going to be the best middleweight, and I did it in 85 seconds. Is there anything else they would like? From now on, everyone is going to get finished. Everybody.”

With five fights remaining on his current Bellator contract, Mousasi plans on capturing as much gold – literal and otherwise – as possible before hanging up his gloves to start a family.

A boxing match with Anderson Silva appears to have fizzled out of the gate, but Mousasi has designs on other prizes in the sport, such as the light heavyweight and, potentially, the heavyweight title.

“I think if I finish the contract, I do one boxing fight, I don’t know what the point is to go more,” Mousasi said. I’ve seen it all. Five more fights are possible for me. That is all I have.

Mousasi is a seasoned veteran at 205 pounds and has fought as high as heavyweight, once taking on the now-retired Gary Goodridge overseas. Vadim Nemkov, Bellator’s current champion, will defend his title and settle the promotion’s grand prix for light heavyweight against finalist Corey Anderson. Anderson could prove to be the champ’s greatest test.

By the end of the year, Mousasi said he’ll have defended his middleweight belt and captured the light-heavy title to boot. And from there, he just might make the big leap.