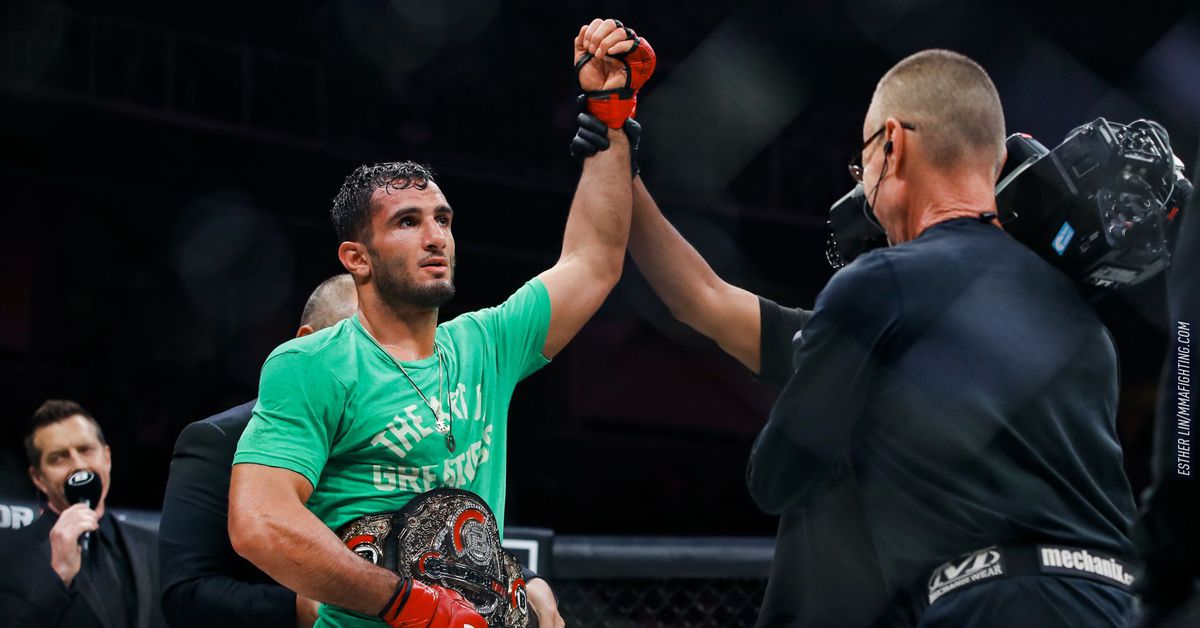 For a long time, Gegard Mousasi was hesitant to call himself the best middleweight in the world. Heading into his next title defense this Friday, he now feels as if he’s up there among the very best in the weight class.

Mousasi will defend his middleweight title against No. 1 contender Austin Vanderford in the main event of Bellator 275. The event takes place at the 3Arena in Dublin, Ireland and will air on Showtime.

Heading into his 58th professional bout, after watching some of the UFC 271 main event between Israel Adesanya and Robert Whittaker earlier this month, Mousasi feels as if he would have competitive bouts with both the UFC middleweight champion and the man many feel is the No. 2 185-pounder in the world.

” I didn’t see the whole thing. I skipped a lot,” Mousasi told MMA Fighting on We Got Next. “The 25 minutes, I watched one minute, so I don’t know how the fight really went. But I can keep up with these guys 100%

The 36-year-old veteran has won three straight bouts, including a third-round TKO win over John Salter in his most recent appearance at Bellator 264 in August. Mousasi has said in the past — which he reiterated to MMA Fighting this week — that if he has another successful title defense, that Bellator has told him he will face the winner of the light heavyweight grand prix between Vadim Nemkov and Corey Anderson.

While winning another title is an incredible accomplishment, Mousasi does not forget Vanderford and will continue to defend his middleweight belt no matter what.

“I’m at my best at this division and I believe that I’m at my best ever,” Mousasi said. My friends have told me that I never felt more confident, and they are right. I can easily claim I am a top three middleweight champion in the world. I can beat anybody in this division.

“I could fight another four years on top without a doubt. I could if I wanted to, but I don’t know. I’m not planning [on fighting that long].”

Vanderford is 11-0 as a professional, including a 5-0 run with Bellator after getting passed over by the UFC following a second-round submission win over Angelo Trevino on Dana White’s Contender Series in July 2018. “The Gentleman,” who is the husband of former UFC fighter and current BKFC star Paige VanZant, earned his title shot with a unanimous decision win over Fabian Edwards at Bellator 259 this past May.

In Mousasi’s eyes, he sees a lot of similarities in his approach to this fight compared to his most recent victory over Salter. “The Dreamcatcher”, believes he needs to wait until Vanderford is wrong, and then he will be able to finish the fight.

” He’s in trouble.” Mousasi said. “I will just need to pressure him, he will shoot, he will shoot, I get up, I get up, or I stuff the takedowns. One of those takedowns is not going to go well and I’m going to end up on top. And then, it’s my time, and I think I’ll be able to get the finish there.”