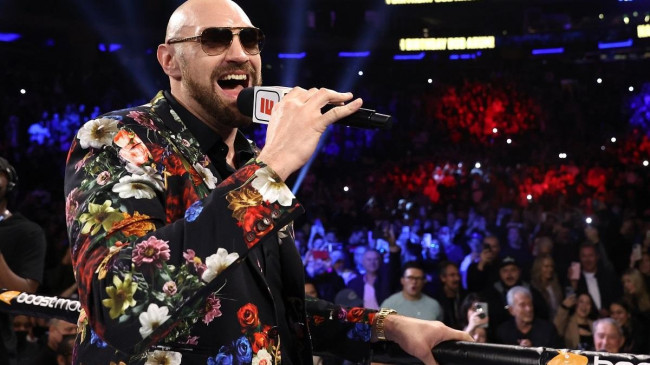 WBC President
Mauricio Suleiman reacted on the statement of the champion of the organization in the heavyweight (over 90.7 kg) Briton Tyson Fury (32-0-1, 23 KOs) about plans to hang gloves on a nail. The WBC decided to contact the champion and his promoters next week – if the end of his career is confirmed, the title will be declared vacant.

Fury-White fight: Zita and Gita — a report on the last fight of the champion

On June 24 in Kissimmee (Florida, USA) in the main event of the show, Puerto Rican WBO flyweight champion (up to 49 kg) Jonathan Gonzalez (25-3-1, 14 KOs) will make his debut defense of the belt. The opponent is a small Filipino ex-challenger Mark Anthony Barriga (11-1, 2 KOs).

The greatest fight in the history of women’s boxing is the fight for the title of absolute lightweight champion (up to 61.2 kg) between the holder of all titles Irish Katie Taylor (21-0, 6 KOs) and the conqueror of 7 divisions Puerto Rican Amanda Serrano (42-2-1, 30 KOs) – set a record, reports
DAZN streaming.

The fight was viewed online by more than 1.5 million fans worldwide, which is a record for women’s boxing. The duel itself turned out to be competitive, ended with Taylor’s victory.

June 18 at Toyota Center (Houston, USA) as a warm-up for middleweights Jermall Charlo and Maciej Sulecki, the following fights will take place: