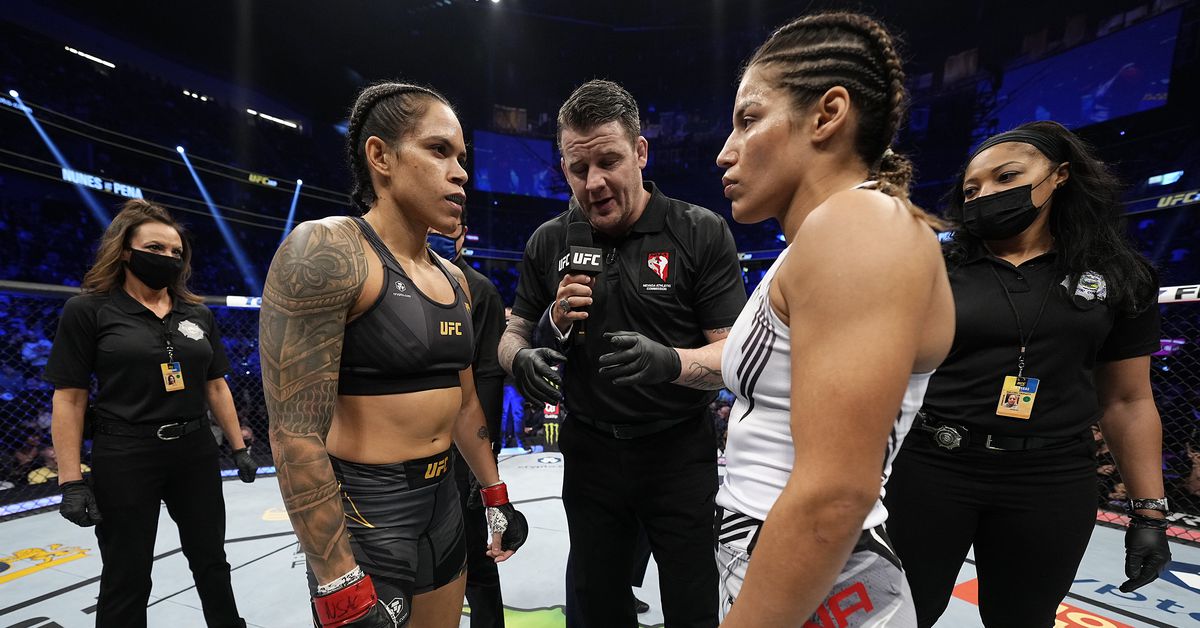 The UFC full card is now complete with Julianna Penna taking on Amanda Nunes in an upcoming rematch. This rematch will be the main event of the UFC second-pay-per-view promotion.

The event will take place at the American Airlines Center in Dallas on July 30.

After just wrapping up their coaching stints against one another on The Ultimate Fighter,

Pena will be facing Nunes in the main fight. After Pena defeated Nunes via submission in round two, the fight was a huge upset. Pena became the first fighter since 2014. to defeat Nunes.

They’ll be meeting again, with Nunes looking for revenge. Pena will try to cement her position as the top bantamweight fighter in the world.

In the co-main, a flyweight interim champion will be chosen when Brandon Moreno faces Kai Kara-France. With reigning champion Deiveson Figueiredo injured, the UFC opted to move forward with an interim title fight as Moreno will look for a second win over Kara-France after picking a unanimous decision in their first encounter back in 2019.