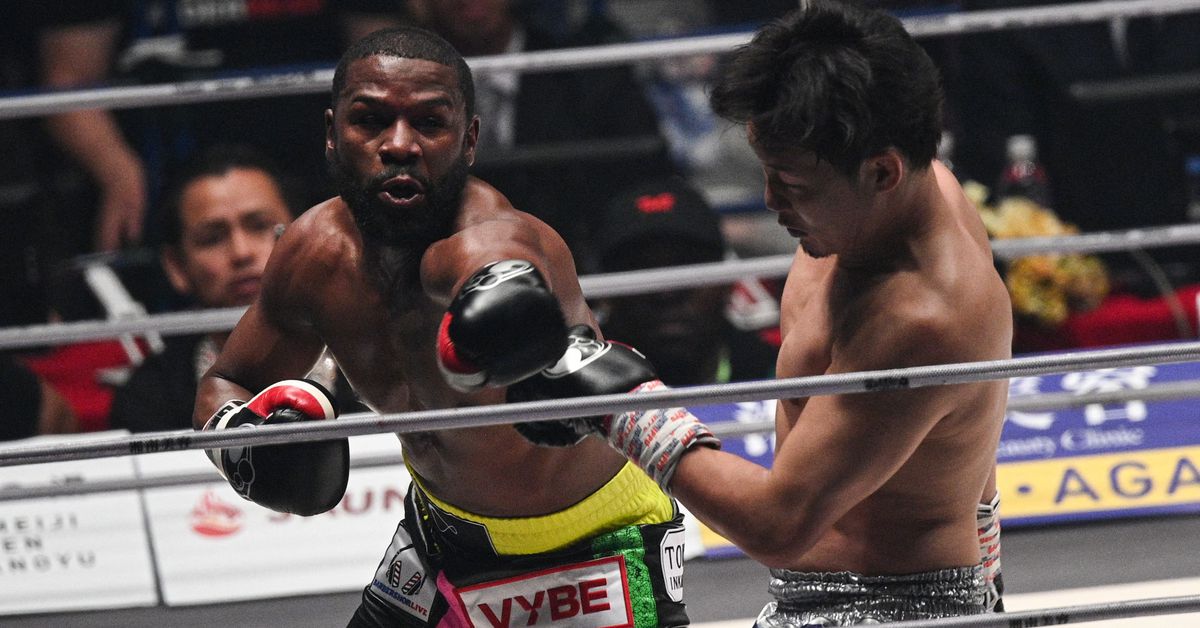 Floyd Mayweather Jr. may be officially retired, but his boxing career continues to live on.

The 45-year-old Hall of Famer’s latest exhibition match unfolded recently when Mayweather faced off against MMA veteran Mikuru Asakura in Super Rizin’s headliner, which took place Sept. 24 at the legendary Saitama Super Arena in Saitama, Japan. In a surprising turn of events, Asakura actually cracked Mayweather with several hard punches in the opening round before the legend knocked Asakura out with a two-punch combination in Round 2.

You can watch the full Mayweather-Asakura fight replay from RIZIN below.

Mayweather’s exhibition tour is scheduled to continue on Nov. 13, when the former champion faces YouTube star Deji in an exhibition bout at Coca-Cola Arena in Dubai.