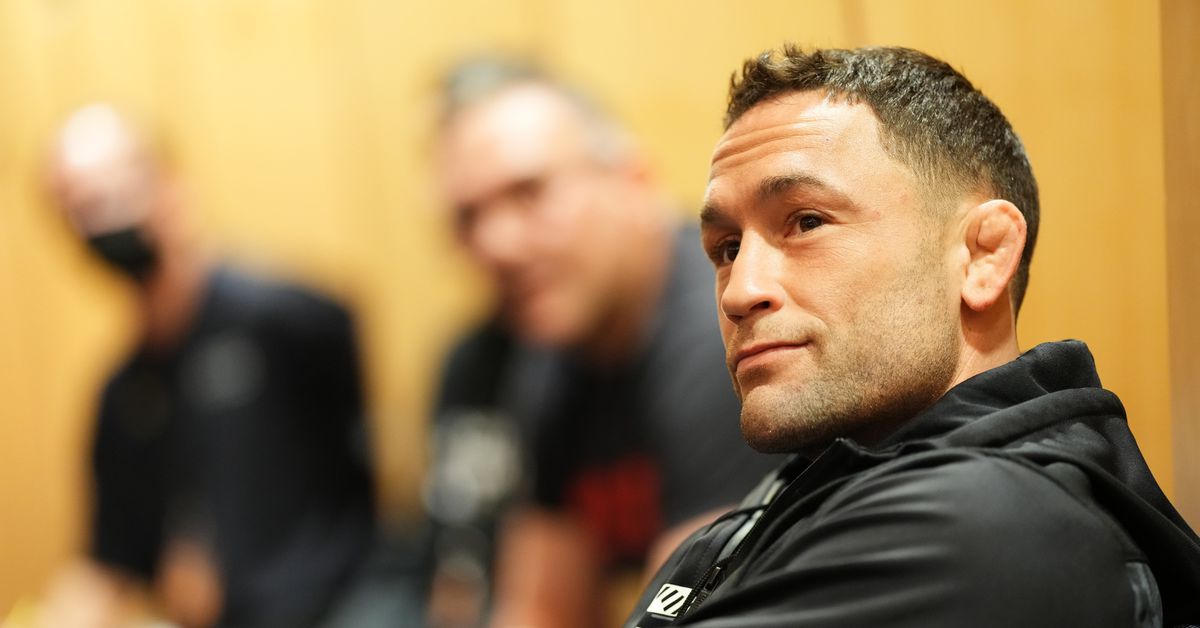 Frankie Edgar will face Chris Gutierrez at UFC 281 in his expected retirement bout.

MMA Fighting confirmed the bantamweight matchup after an initial report from ESPN.com, which quoted Edgar’s confirmation of his final octagon walk “unless someone gets lippy in Seaside next summer.”

UFC 281 takes place Nov. 12 at Madison Square Garden in New York City, a location that brings the former UFC lightweight champ close to home for his 30th and final UFC bout. Edgar has fought twice at MSG. His most recent fight was against Marlon Vera, which ended in a brutal knockout defeat by front kick.

Edgar got his start in MMA as a fighter on the New York underground scene before going across the Hudson River to rack up experience on the regional (and legal) MMA circuit. He made his UFC debut as a lightweight at UFC 67, surviving a brutal last-minute kneebar from Tyson Griffin to win a decision and his first post-fight bonus.

Despite being undersized at 155 pounds, Edgar went 6-1 before capturing the lightweight title from B.J. Penn at UFC 112, and then defending the title at UFC 118.. In his fourth defense of the title, he was defeated by Benson Henderson. Three subsequent attempts to recapture a title at featherweight – two against all-time 145-pound great Jose Aldo – and a knockout loss to Chan Sung Jung prompted his move to bantamweight.

Since moving to 135 pounds, Edgar has gone 1-2, suffering back-to-back knockout losses in bouts against Vera and Cory Sandhagen. New Jersey’s native fighter is an obvious choice for the UFC Hall of Fame.

Chris Gutierrez will face the greatest name in his UFC career. He has been unbeaten in seven consecutive fights and most recently stopped Batgerel Danaa with highlight-reel style.

UFC will be headlined by an UFC middleweight title bout between champion Israel Adesanya, and Alex Pereira.