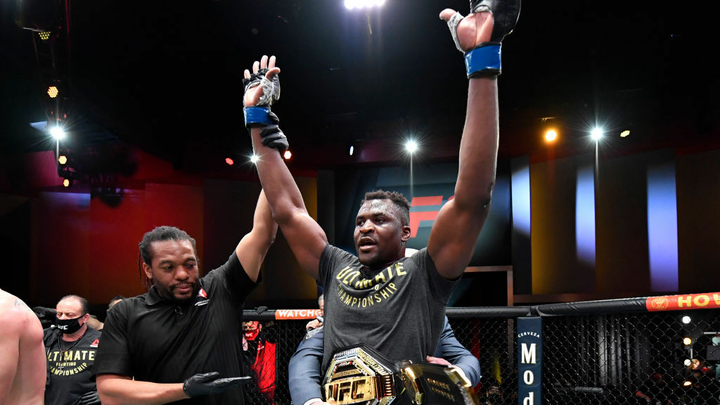 Newly crowned UFC heavyweight champion Francis Ngannou is ready to fight by the rules of boxing. The Nigerian intends to immediately try himself in a fight with the best.

“Fights against world champions Tyson Fury and Anthony Joshua? It’s in the future. I want to take up boxing.

My main dream has always been the noble art of boxing. I turned towards MMA, which I really love, but I still have to do something in boxing,” Ngannou said.

Recall that Ngannou knocked out Stipe Miocic at UFC 260 and became the heavyweight champion.