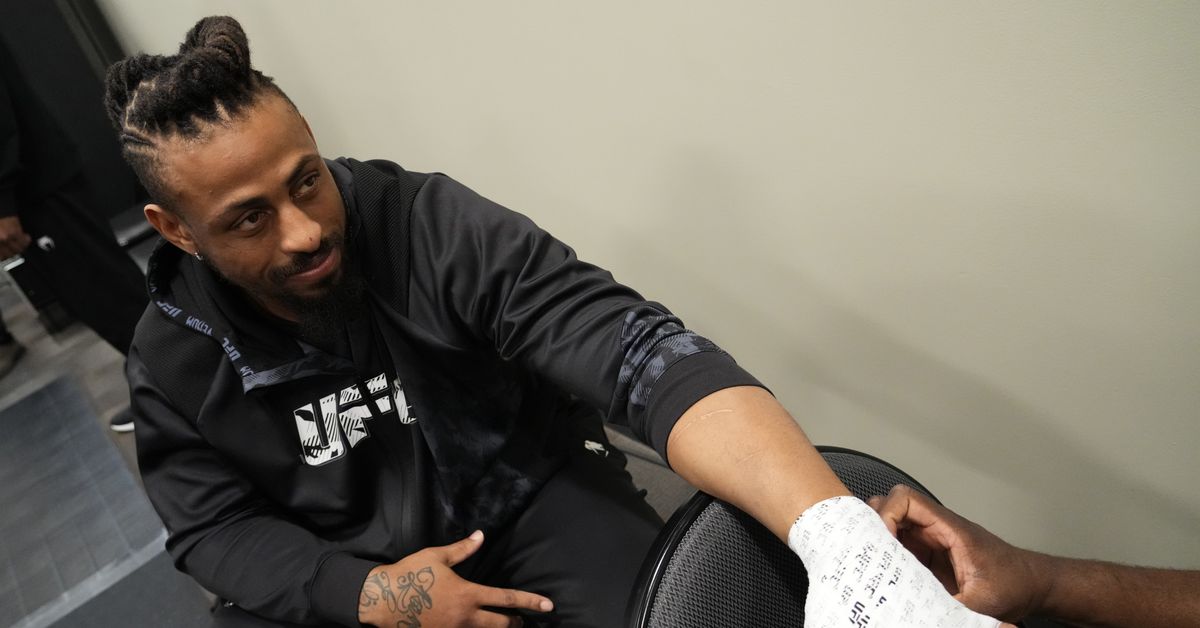 Less than three months after his UFC release, Greg Hardy is starting the next chapter of his combat sports career.

The controversial heavyweight on Sunday announced his pro boxing debut set for Oct. 8 in Delray Beach, Fla. The event is being promoted by Black Sheep Boxing. It takes place at Delray Beach Tennis Center. He didn’t announce the opponent. A request to confirm Hardy’s presence was not answered by the promotion immediately.

Hardy shared a photo of him wearing boxing gloves, with the caption: “When you have the dream in your sights, all you have to do is pull the trigger .”

Hardy’s championship dreams did not come to fruition in the UFC, where a strong start against lesser opposition went south with ranked foes on pay-per-view. He got one last chance to turn things around at UFC 272, but was finished in the first round for the second straight time in a fight against Serghey Spivak, marking his third straight defeat for an overall 4-5 (1 no-contest) record in the octagon.

After a pair of devastating knockouts on Dana White’s Contender Series and a blowout on the regional circuit, Hardy moved to the UFC. From the moment UFC President Dana White expressed interest, the former NFLer’s presence was blasted by fans and media who cited his domestic violence conviction (he was never sentenced when the victim, his former partner, failed to testify in court). White vowed to give the upstart a second chance, and Hardy promised to win over fans. But after a disqualification in his UFC debut and an overturned win for an illegal inhaler in his fourth bout, he struggled to gain traction.

Where Hardy excelled was using his fists, which combined with his athleticism led to several explosive first-round finishes. Without the threat of a takedown, those skills will have more of a chance to shine.