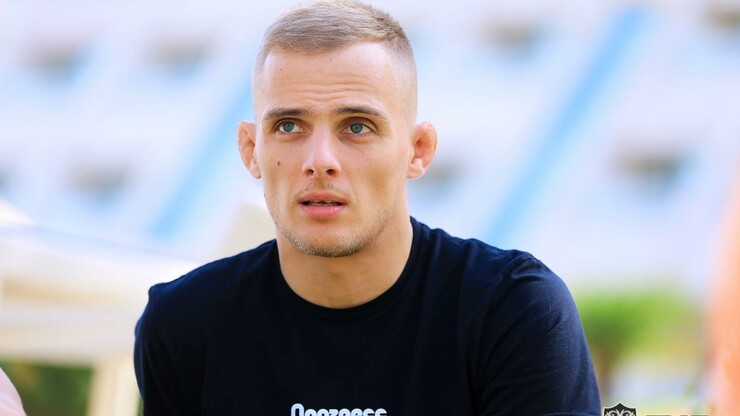 On December 18, the Brazilian Jiu-Jitsu tournament TMS: WALL TO WALL will take place in Dnipro. The main referee of the competition Igor Tokmakov gave his prediction for the tournament and told who could meet in the final.

“Our rivals are very experienced and strong teams that were formed exclusively for the tournament. In this regard, it was more difficult for us, since the guys went through the selection stage during the year and earned a rating. And already on the basis of this rating, TMS GRAND PRIX was held, the winners of which formed our team. Therein lies the difficulty.

Our guys are really the best – they reached the finals of their categories, won the Grand Prix. And if we talk about the athletes who come, they took the most experienced and titled into the team. Based on this, such a pool was formed that almost all teams have wrestlers with black belts. We have the maximum level of guys – brown belts.

Experience and the ability to match your athletes to the format on the side of your opponents. On the other hand, starting from the position of an underdog, we very often see that it works. Ukraine in this situation just starts from the position of an underdog, because the team does not have our titled black belts. Opponents may mistakenly conclude that it will be easy, but it won’t be. The guys are hungry, they want to win.

If we talk about the strengths of the TMS League team, then we will have a good game with leg locks, because the guys who make up the backbone of the team: Maxim Zadorozhny, Vladislav Yaroshchuk, Konstantin Shutko, Daniil Ilyinsky showed themselves very well in the position of leg locks . The guys are playing a fairly modern game with painful legs. I think this will be the focus. There are a couple of surprises and preparations that the guys have prepared for the positional fight.

It is difficult to say who is the favorite of the tournament. I would say that Israel and Kazakhstan are very strong teams and they start as favorites. But I really hope that Ukraine will meet with Kazakhstan in the final. It would be a good alignment and a really interesting ending.”

70 wrestlers, an impressive prize fund and the title of absolute champion