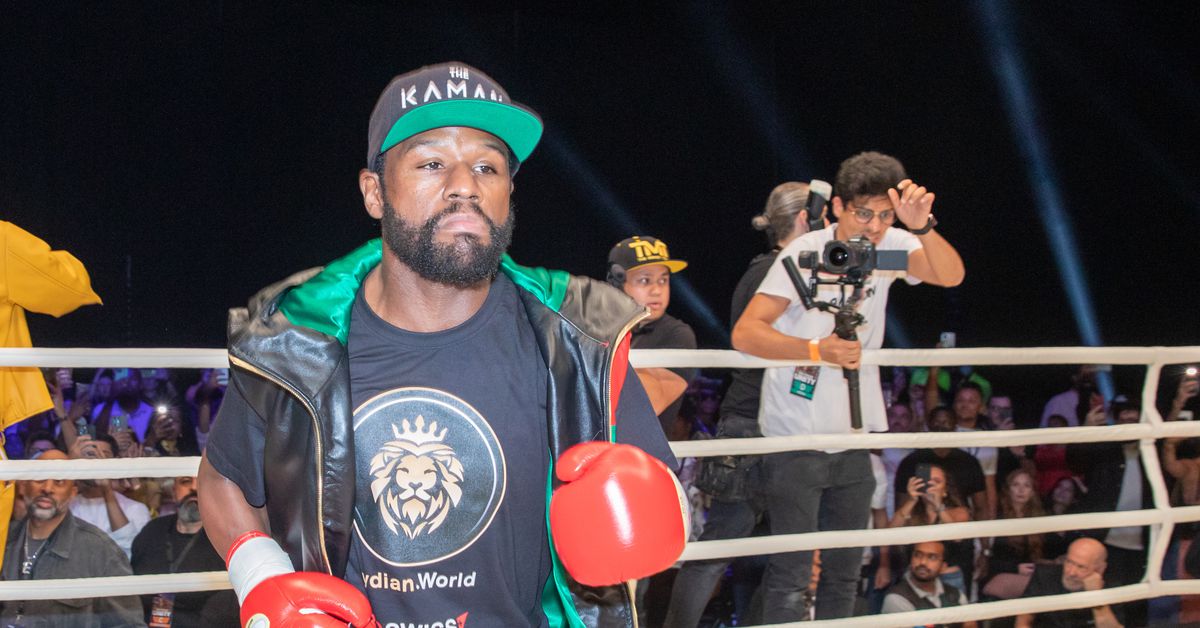 Floyd Mayweather has another exhibition bout booked as he returns to Japan to face MMA fighter Mikuru Asakura as part of an upcoming RIZIN card scheduled in September.

The announcement was made Monday at a press conference. It will be televised via the RIZIN Fight Pass service. However, the date is still unknown.

” I was being inducted into The Hall of Fame which is really amazing,” Mayweather stated during the press conference. “My body of work as far as when I’m talking about my career, I’m truly, truly blessed way beyond belief.

“It’s still a great feeling now to be able to travel the world and basically do these exhibition bouts and have fun and my legacy is already engraved in stone but it’s still great to go around the world and entertain people from all walks of life. I’m pretty sure he’s going to come out and give his best like any and every guy but I’ve done seen every style. So my job is to just go out there, be me, have fun and do what I do best.”

Since retiring from boxing following a 10th round TKO win over ex-UFC champion Conor McGregor in 2017, Mayweather has stayed busy with several exhibition bouts including his first trip to Japan where he eviscerated Tenshin Nasukawa with three knockdowns in the first round, which led to his corner throwing in the towel to stop the fight.

Most recently, the 45-year-old fighter dominated Don Moore in an exhibition held in Abu Dhabi and afterwards he teased another bout being booked before the end of 2022.

Now Mayweather has signed for the matchup against Asakura, who comes into the matchup with a 16-3 record with one no contest but no prior boxing experience.

This means Asakura is likely to be outgunned by Mayweather, who has been arguably the greatest fighter in boxing history. However, it’s sure to be an exciting spectacle as Mayweather competes in Japan for only the second time in four years.

Canelo Alvarez will never fight this boxer, says his ex-promoter