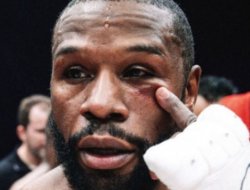 “The next fight is scheduled for early 2023 and it will take place in Britain,”
tells Mayweather. We plan to perform here in February. Let’s entertain the British fans with a fair fight, because I never got the chance to fight here when I boxed professionally. So if it’s possible, we’ll see you in February.”

Mayweather was last seen in action in November when he beat YouTuber Deji. At a press conference, the legend infuriated the fans – he told why he still enters the ring. Yesterday, Mayweather’s sidekick, troubled compatriot Adrien Broner, revealed that he wants a cosmic sum for jumping in the ring with Floyd.