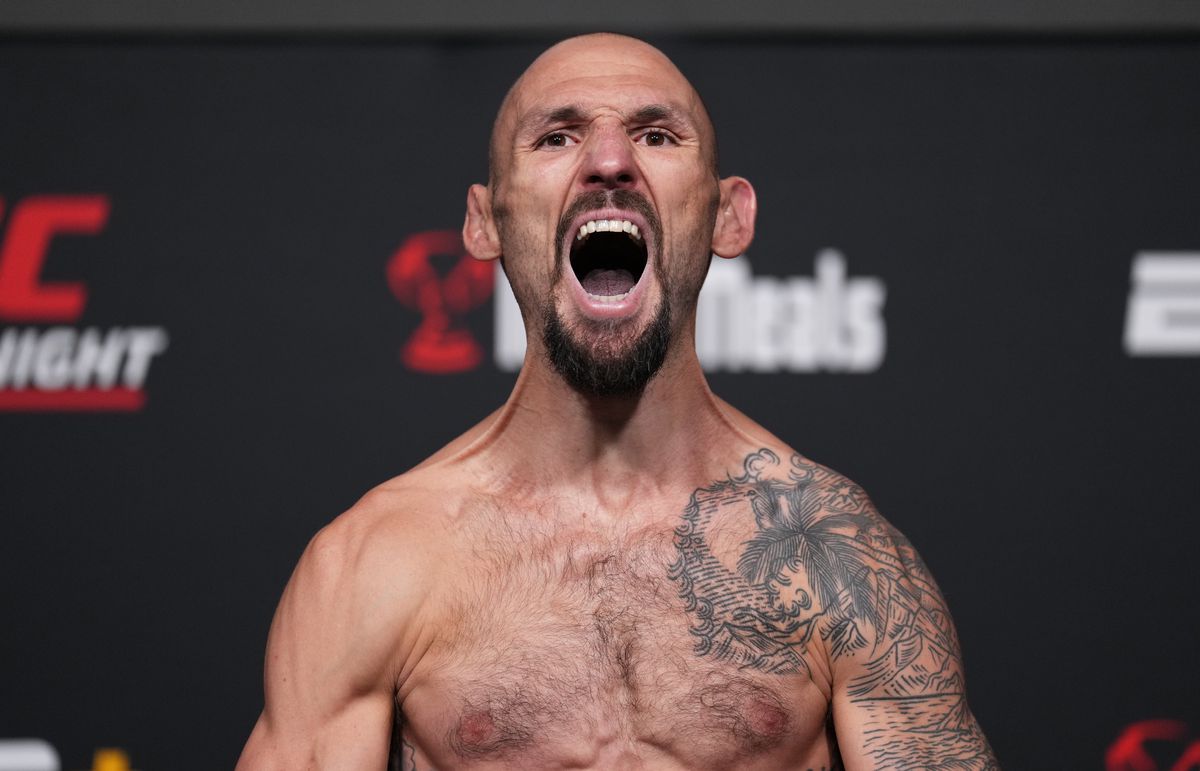 Fights come together fast these days, and if you blink, you can easily miss them. In Fight Roundup, we bring you the latest reported matchups to keep you up to date with what’s on the horizon.

All bouts have been confirmed by MMA Fighting’s Guilherme Cruz and Mike Heck from persons with knowledge about the matchups.

Lando Vannata and Andre Fili, featherweight champions, are desperate for a victory.

They’ll get the chance to earn a victory off one another at an upcoming Sept. 17 UFC event, with a location still to be determined. The bout was first reported by MMA Junkie.

Fili (21-9, 1 NC) makes his 18th UFC appearance and currently holds a record of 9-8 (1 NC) in the promotion. He is on a career-worse winless skid, having sandwiched a no contest against Daniel Pineda (the result of an accidental eye poke in Round 2 that left Pineda unable to continue) between losses to Joanderson Brito and Bryce Mitchell. In his most recent outing, Fili lost to Brito by TKO in just 41 seconds.

Vannata (12-6-2) is still working to find his footing after moving from lightweight to featherweight in May of last year. He won a split decision over Mike Grundy, but followed that with a first-round submission loss to Charles Jourdain this past April. He owns one of the stranger records in the UFC at 4-6-2.

Damon Jackson and Pat Sabatini meet with dueling win streaks on the line.

A featherweight bout between Jackson (21-4-1, 1 NC) and Sabatini (17-3) will take place at the Sept. 17 UFC event, with Jackson riding a three-fight win streak and Sabatini having won six straight including his first four UFC fights. Jackson

This is Jackson’s second stint with the UFC after first parting ways with the promotion in 2016. He is 4-1 in his current run and has rattled off three straight victories.

*Sabatini won all four of his UFC fights via decision. He went 3-0 in 2021 and then kicked off his 2022 campagin with a unanimous nod over T.J. Laramie in April.

The bout was first announced by Jackson’s management.

Taneisha Tennant is scheduled to defend her title.

Tennant (4-1) captured a vacant belt this past August with a unanimous decision win over Lisa Verzosa. She previously won a Phoenix Series tournament for Invicta, defeating Taylor Guardado, Brittney Victoria, and Hope Chase all in the same evening. Tennant also appeared on the Contender Series in 2020, but lost a unanimous decision to Danyelle Wolf in a featherweight bout.

She just won a split-decision win against Priscila De Souza in Pardubice (Czech Republic) last November. She went 4-2 competing for Bellator, winning her first four fights before falling to Julia Budd in a featherweight title bout and then Sinead Kavanagh.

Phil Rowe and Abubakar Nurmagomedov are set to face off at UFC on ABC 3.

A welterweight bout between Rowe (9-3) and Nurmagomedov (16-3-1) has officially been scheduled for the July 16 event, which takes place at UBS Arena in Long Island, N.Y.

Rowe looks to make it three straight after back-to-back knockouts of Jason Witt and Orion Cosce. The “Fresh Prince” won 8 of his nine previous fights.

Nurmagomedov, a cousin of former UFC lightweight champion Khabib Nurmagomedov, is 1-1 in the UFC so far. He scored his first victory for the promotion at UFC 260 in March of last year with a unanimous decision win over Jared Gooden.

As they get ready for the fight,

Jai Herbert & Kyle Nelson both have a lot at stake.

The lightweights are set for a July 23 bout at UFC London, which takes place at The O2. Both fighters are coming off of losses and both are mired in slumps dating back to their UFC debuts.

Herbert (11-4) was on the wrong end of an Ilia Topuria right hook at the UFC’s first visit to London this year, a knockout blow that sent him to his third loss in four UFC appearances. The former Cage Warriors champion entered that contest coming off of a first-round knockout of Khama Worthy.

Nelson has also lost three of four since debuting with the UFC in December 2018. He lost his first two fights for the promotion, bounced back with a first-round TKO of Polo Reyes, and then lost by knockout to Billy Quarantillo. The Canadian has not competed since September 2020.

Also added to UFC London is a featherweight bout between Nathaniel Wood (17-5) and Charles Rosa (14-7).

Wood competes at 145 pounds for the first time in the UFC after recently announcing that he was moving up from bantamweight. “The Prospect” is 4-2 in the UFC, having won his first three fights before losing to Casey Kenney and John Dodson in two of his past three bouts.

Rosa aims to end a losing streak that has lasted two fights. A 1-3 slump has dropped the veteran’s UFC record to 5-7.

The bout was first reported by MMA reporter Al Zullino.

Misha Cirkunov is headed back to light heavyweight.

The Canadian veteran fights Shamil Gamzatov (14-1) at a UFC event on Aug. 6, with a location still to be determined. This marks Cirkunov’s return to the 205-pound division after an 0-2 run at 185 pounds.

Cirkunov (15-8) changed divisions in the midst of a 2-4 slump, but failed to find success against Krzysztof Jotko and Wellington Turman, losses that extended his current losing streak to three. He is 6-6 in the UFC with just one of those fights going the distance.

Gamzatov looks to rebound from the first loss of his pro career. The former PFL middleweight competitor lost to Michal Oleksiejczuk by first-round TKO in his most recent outing this past October.

At age 42, Guido Cannetti is still chugging along.

Fresh off his win over Kris Moutinho, the Argentinian bantamweight is being targeted to face Randy Costa at the UFC’s Oct. 1 event.

Cannetti (9-6) snapped a three-fight losing streak in March with his first-round stoppage of Moutinho, which pulled his overall UFC record to 3-5 since his octagon debut in 2014.

Costa (6-3) will look to avoid a similar fate as he seeks to end his own two-fight losing streak following back-to-back second-round TKO losses to Adrian Yanez and Tony Kelley.

Prior to his recent slump, “The Zohan” scored first-round knockouts of Boston Salmon and Journey Newson under the UFC umbrella.

Christine Ferea will defend her title against Taylor Starling, an unbeaten BKFC competitor.

The bare-knuckle boxing promotion recently announced that Ferea will defend her flyweight championship against starling at BKFC 28 on Aug. 27 at Rio Rancho Events Center in Albuqurque, N.M.

Ferea won three consecutive fights, and five of six bouts for the BKFC. She defeated Britain Hart by unanimous decision this past February to capture a vacant 125-pound title. Missfit has won a victory over Rachael Ostovich, a former UFC fighter.

Starling earned her title shot with consecutive wins over recent Bellator competitor and The Ultimate Fighter 30 cast member Hannah Guy, Cassie Robb, and Charisa Sigala. Her knockout of Robb was a notable highlight as she needed just 28 seconds to end that contest.