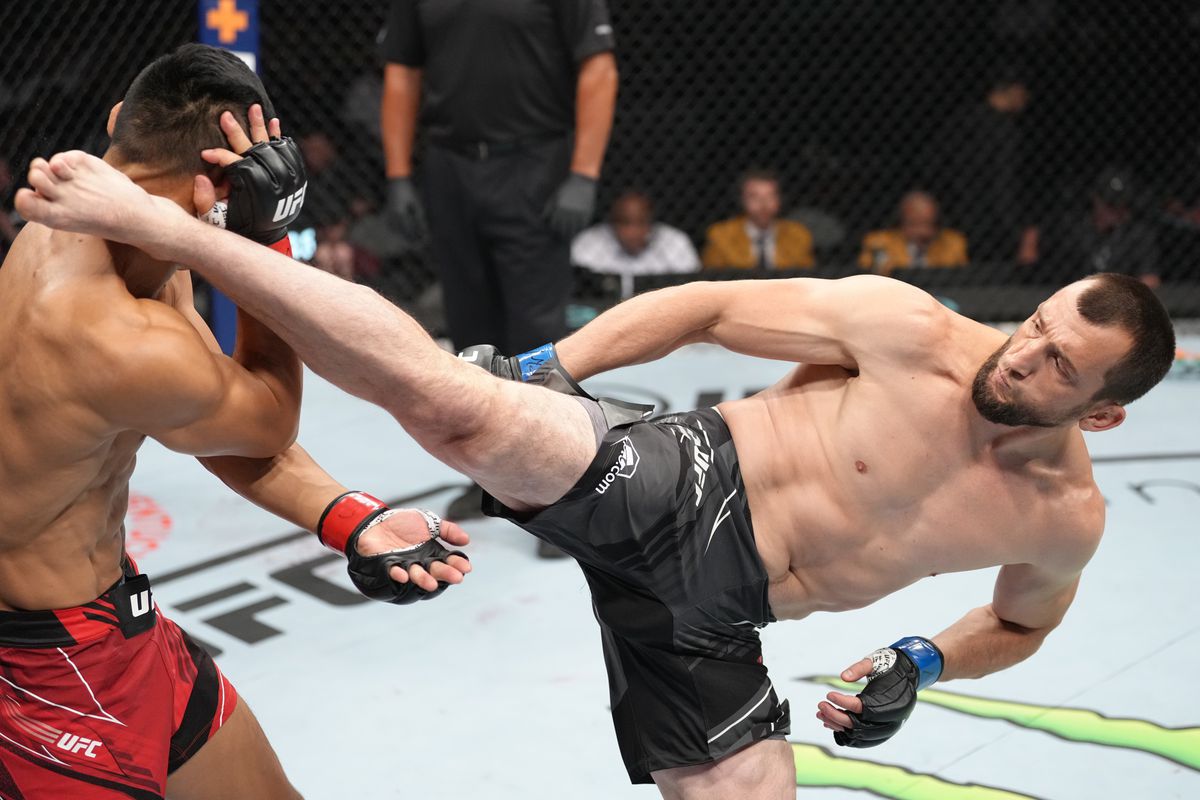 Fights come together fast these days, and if you blink, you can easily miss them. Fight Roundup brings you the most recent matchups so you’re always up-to-date with the latest news.

All bouts have been confirmed or officially announced by MMA Fighting’s Mike Heck and Guilherme Cruz via sources who are familiar with the matchups.

Striking specialists Andre Fialho and Muslim Salikhov will share the cage this November.

The UFC announced that the welterweights are set to fight on its Nov. 19 card, which takes place at UFC APEX in Las Vegas. Both fighters are coming off of recent knockout losses.

Fialho (16-5, 1 NC) has been busy since making his UFC debut this past January, already competing four times for the promotion. He has gone 2-2 to start his UFC career, with first-round knockouts of Cameron VanCamp and Miguel Baeza sandwiched by losses to Jake Matthews and Michel Pereira.

Salikhov (18-3) makes his eighth UFC appearance and currently sports a 5-2 record inside the octagon. Li Jingliang snapped a 5-fight winning streak for “King Of Kung Fu” in his latest UFC appearance.

After a one-fight stint at heavyweight that resulted in a third-round knockout loss to Devin Clark this past April, Knight (11-4) returns to the 205-pound division to fight Marcin Prachnio (15-6) on Nov. 19. The matchup was first announced by Knight via Instagram.

Knight seeks his first win of 2022 after losing to Clark and Maxim Grishin earlier this year. “Knightmare” is 3-3 in the UFC since being signed off of the Contender Series in 2020.

Prachnio, a former ONE Championship standout, is 2-4 in the UFC. He went 2-0 in 2021 before dropping a unanimous decision to Philipe Lins this past April.

Said Nurmagomedov and Saidyokub Kaakhramonov put all their winning streaks at risk this December.

The fast-rising bantamweight contenders meet at an upcoming UFC APEX event in Las Vegas on Dec. 17. Red Fury Fight Team was first to report the matchup.

Nurmagomedov (16-2) has won three straight fights since losing a unanimous decision to Rogerio Bontorin in December 2019. His UFC record stands at 5-1 and he holds notable wins over Douglas Silva de Andrade, Cody Stamann, and Ricardo Ramos, finishing the latter two names in the first round.

Kakhramonov (10-2) looks to improve to 3-0 in the UFC and pick up his fifth straight win overall. He debuted in August 2021 with a third-round submission of Trevin Jones, then defeated Ronnie Lawrence by unanimous decision this past July.

A new Invicta FC strawweight champion is being crowned.

The all-women promotion announced Wednesday via press release that it will hold a one-night, four-woman tournament at Invicta FC 50 on Nov. 16 at Reelworks Denver in Colorado to determine a new 115-pound queen. Emily Ducote has recently been stripped of the title after signing with UFC in June.