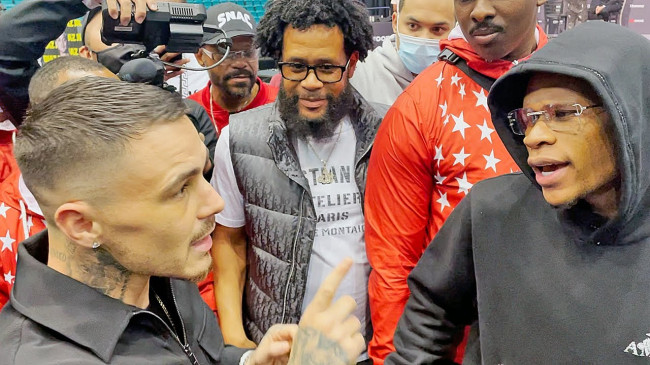 June 5 in Melbourne (Australia) reigning lightweight champions George Kambosos Jr. (20-0, 10 KOs) and Devin Haney (27-0, 15 KOs) will determine the only and undisputed absolute. According to the bookmakers, the American Haney is a slight favorite, but Kambosos will have the advantage of home walls.

Boss Mayweather Promotions
Leonard Ellerbee surethat this is not enough to win the underdog: “Haney has absolutely everything to win. But the question is, will they give him the victory? This is something I’m not 100% sure of. Devin is an amazingly talented and technical fighter. But I repeat, he will have an away fight against Kambosos. I want to praise both fighters for their bravery. They took this fight because they dream of legacy and greatness. But if you briefly answer your survey, then my opinion is as follows. Yes, I think Haney will beat Kambosos.”

But Ellerbee doesn’t pay attention to it: “Make a fight between Davis and Haney? Yes, cool choice. Why not? But there is one problem. Remember that having all the belts does not make you the most sought after boxer in the division. Understand that they are not just boxing in Australia and not in America. Why don’t they fight on PPV if it’s such a cool fight? Do you understand what I mean? See the difference? In the US, Haney is only known to boxing geeks. Here, Davis is much more recognizable and popular.”

Interestingly, “Tank” Davis has already challenged the winner of the Kambosos-Haney fight. In the meantime, the Australian said: “Every day I have three workouts.” He is so sure of his victory that he “already knows how Haney will justify his defeat.”