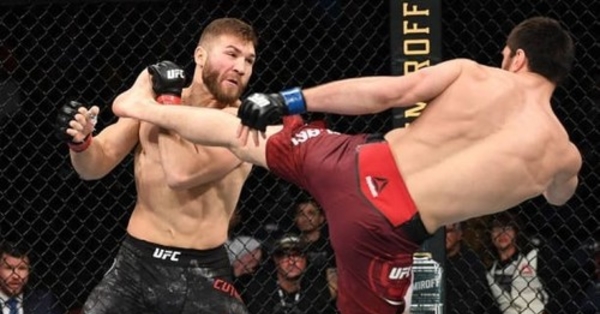 The fight was supposed to take place in Las Vegas.

On the night of August 29-30, the world’s number one promotion will hold its fifth consecutive tournament at UFC APEX (Las Vegas, Nevada, USA). On the main card of the tournament, a light heavyweight fight between Magomed Ankalaev and Ion Kutselaba was to take place.

But the fight was canceled a few hours before the start of the tournament. The reason for the cancellation of the fight was the coronavirus, Kutselaba was diagnosed with COVID-19.

Earlier, the revenge between Ankalaev and Kutselaba was already postponed due to the fact that Kutselaba became infected with the coronavirus.

In February, at UFC Fight Night 169, these fighters had their first face-to-face duel: the fight ended in a very controversial stoppage 38 seconds after the start of the fight – the referee awarded Ankalaev the victory.