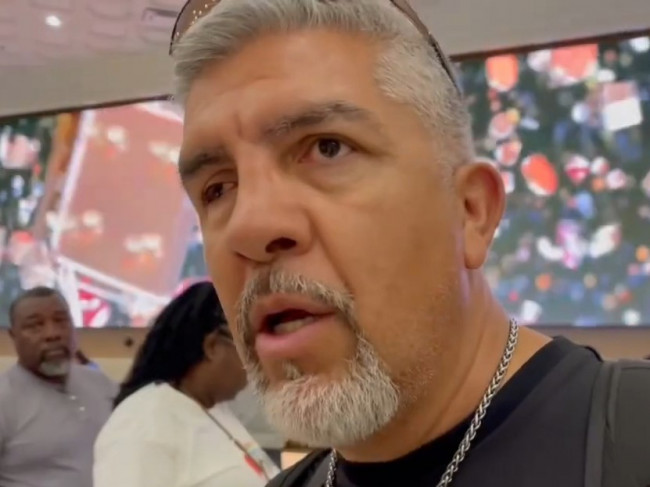 In a conversation, the specialist spoke about the upcoming fight of the Russian “super champion” WBA light heavyweight (up to 79.4 kg) Dmitry Bivol (19-0, 11 KOs) against the absolute champion in the second middleweight (up to 76.2 kg) Canelo Alvarez (57- 1-2, 39 KOs).

It should be noted that this is the second time Bivol has been holding a training camp at the Diaz Gym in the United States. The Mexican coach sees a special readiness in the fighter, and expects surprises from the fight.

– First of all, how is the preparation of Dmitry Bivol?

– Fine. It went the way it was supposed to. Good preparation. I mean, there were no problems. Bivol was always focused, happy to train, had excellent sparring partners. He’s ready. What else can I say? We’ve seen a lot of fighter training in the past, but in my opinion it was one of the best training because it went great. There were no questions or problems. Everything went great, and let’s hope it will be a good fight.

– You have previously worked with Timothy Bradley and other fighters. What is the psychology of Bivol before this fight?

– Always positive. Bivol has this positive mentality that he is here to win. He’s a big threat, he’s a tough fighter. Even just the fact that Canelo can take what belongs to him means a lot.

– What did you tell them?

— What did I say? Yes, all sorts of little things about that and about that. He has a team, he has a coach and he is very focused. I see no reason not to expect a great fight. Canelo will come for his title. Bivol will protect him no matter what the cost.

Hopkins writes off Bivol before fight: ‘Canelo will mash him up’

“My colleague Steve Kim saw him in the gym and says he’s damn good.

“In general, he looks great, no matter how you look at it, in every aspect. For me, he is a fighter who rises to the level of the opposition. Canelo Alvarez is the best pound-for-pound fighter at the moment. Everyone preparing for Canelo knows that it won’t be easy. So you need to push. If you beat Canelo, you will make history.

– Is there a condition for a mandatory rematch?

— I don’t know the business side. I saw him training, I saw that he was happy, very positive. We arrived today, and he smiles. He is glad to be here. Most of you can see in his eyes that he is looking forward to this event, waiting for the moment, worrying, and that’s good.

He is excited about…

He is excited, he smiles, he enjoys. You see other fighters… They just go with the flow: “I’m fighting Canelo. It’s what it is.” But not this guy. This guy has a goal in mind. I don’t see how anyone can make him think differently. He’s here with a purpose.

– Are there any predictions for the fight?

— Forecasts? It will be a great fight. All I can say, I’ve already said. I expect the unexpected from this fight.

Meanwhile, Davis does not believe in Bivol’s chances.