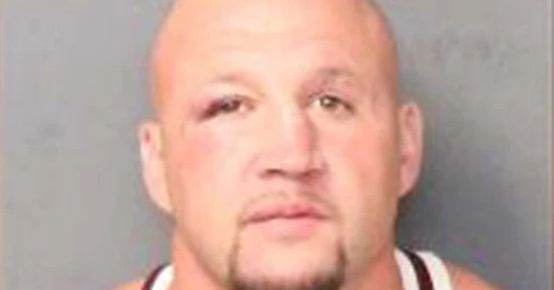 Another UFC heavyweight Cody East was detained Sunday after an incident involving domestic violence in Albuquerque.

According to online arrest records, East was released on Tuesday from Bernalillo County Metropolitan Detention Center under bond. He is currently facing child abuse, battery and false imprisonment charges. The criminal complaint states that East was involved in an altercation and threatened his wife. “The woman told deputies he made threatening comments and pushed her when she tried to stop him.”

East, 33, is due in court on April 26 for a preliminary hearing. At the time of Sunday’s arrest, he had five warrants for traffic violations.

East isn’t the first to be arrested for violating the law. East was arrested in 2006, 2008, 2010, and 2016 on a variety of charges, including domestic violence charges. On child abuse charges, he was sentenced in 2008. to three years imprisonment.

East (13-7) fought twice in the UFC in 2016, suffering knockout losses at the hands of Walt Harris and Curtis Blaydes. He currently has four losses in succession on the regional circuit, including a knockout loss against Michael Quintero (June 2021.).