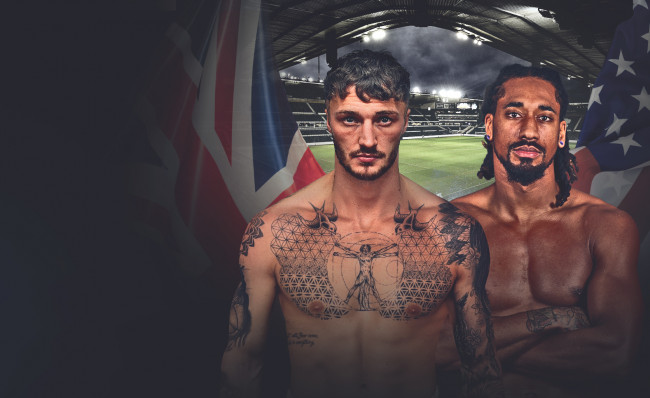 The vacant belt of the “interim” WBO super middleweight champion should be played by American Demetrius Andred (31-0, 19 KOs) and Briton Zach Parker (22-0, 16 KOs). They were supposed to meet on May 21 in Derby (Britain), but the event will have to be rescheduled, as Endred has a shoulder injury.

About it
said the manager of the fighter Ed Ferris: “He was given an injection to dull the pain so that he could continue to train. Saw him last week. He sparred. I immediately saw that something was wrong. He acted differently, more carefully. He worked in a different rack. I immediately asked: “What’s going on here?” That’s how I found out about the injury.”

According to the manager, Andrade had an MRI. It turned out that everything is not so scary – there are no cracks or breaks, but “in any case, time is needed for rehabilitation. He had previously been worried about his left shoulder, but after resting the pain went away. And now the problem is with the right. But in any case, he will not be able to box on May 21. On Monday we have a meeting with the doctors. Then we will find out the terms of recovery and the rehabilitation program. And after that we will discuss a new date. A month or two? I have no idea. If more, then, apparently, you will have to cancel the event.

The fate of the battle was decided at the auction. Parker’s promoter Frank Warren won with a bet of over $1.8 million, of which Endrad (65%) would get the majority (nearly $1.2 million).

And this will also end Andred’s contract with Eddie Hearn (Matchroom Boxing), and the parties are in no hurry to sign a new one. Ferris says that “nobody wants to fight Demetrius. Everyone is waiting for him to grow old. The only one who contacted us about the fight was another boxing monster, David Benavidez and his father.”

Previously, Parker threatened Andrade with a knockout: “Everyone will know who I am.”