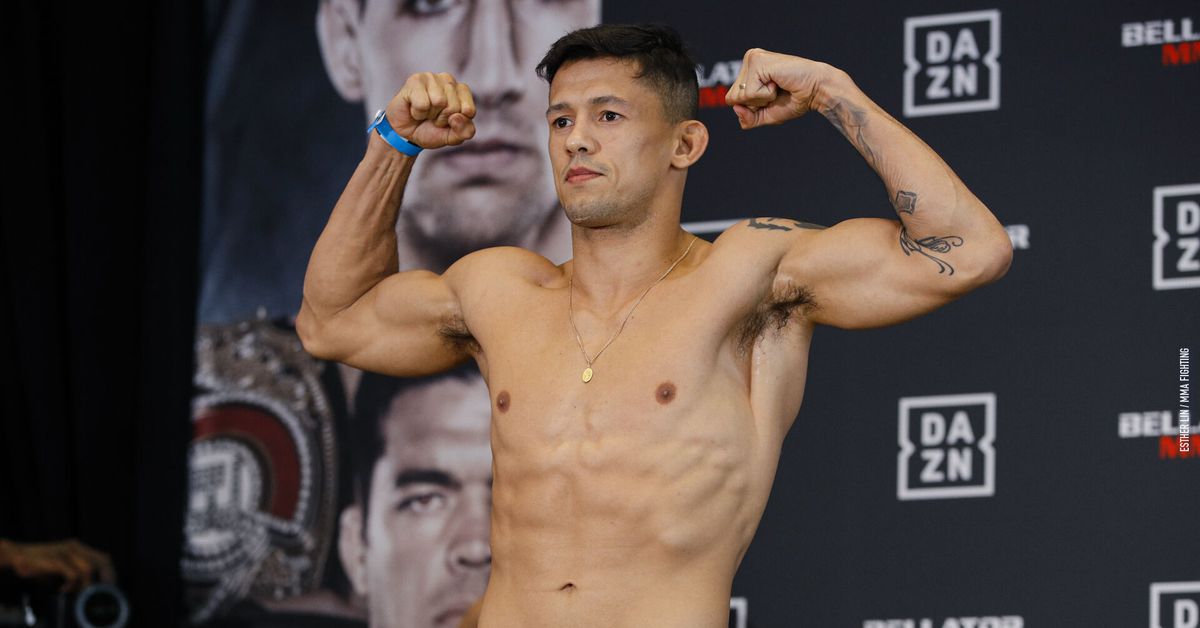 “Dudu” met Jose Alday in the co-main event of FAC 12 on Feb. 6, an event which had UFC president Dana White in attendance for an episode of the UFC’s Lookin’ For a Fight series. Dantas scored a devastating head kick knockout in the second round, however White did not offer him a contract that night in Missouri. But Dantas remains hopeful.

” My coach and manager Dede’ [Pederneiras] would call the boss this Week,” Dantas said to MMA Fighting. “‘Dede’ didn’t meet Dana last time he went to the United States, he only met Sean [Shelby, UFC matchmaker] and Din Thomas, and Sean said he didn’t watch my fight but heard it was a nice knockout and had no idea why Dana hasn’t given me the contract yet. Din Thomas also said the exact same .”

Dantas is 2-0 with two finishes since leaving Bellator in 2019. With prior wins over the likes of Joe Warren, Marcos Galvao, Wilson Reis, Alexis Vila, and Mike Richman under the Bellator banner, Dantas already has a name in mind for a potential UFC bout.

” I’d love to meet “Frankenstein” on my journey to the top,” Dantas stated, in reference to Dominick Cruz (former UFC/WEC bantamweight champion). “Frankenstein keeps getting hurt and may retire any minute. When I was champion the first time, in 2012, he was already hurt and out of the picture. He returned in 2016, but he lost his belt Dec. 2016,. I was the undisputed champion at bantamweight.

” This is your fight. I’m free to chase him now. And even though I don’t think he wants the smoke right off the bat because I’m not ranked, I’ll go after him.”

In the unlikely event that the Cruz matchup is not possible, Dantas will take on the most difficult challenges against the top UFC contenders and prospects.

“They can give me someone else,” he said. He said, “Give me the sugar boy, Merab Dvalishvili or noodle hair [Sean O’Malley],. I know [Dvalishvili] is looking for opponents on his way to the belt and I’m here, the bantamweight prince. I was already a world champion when this guy started fighting and we both are the same age. Write this down: I’m a modern fighter and I have all the tools, physically and mentally. I am well-rounded, and ready to hunt .”