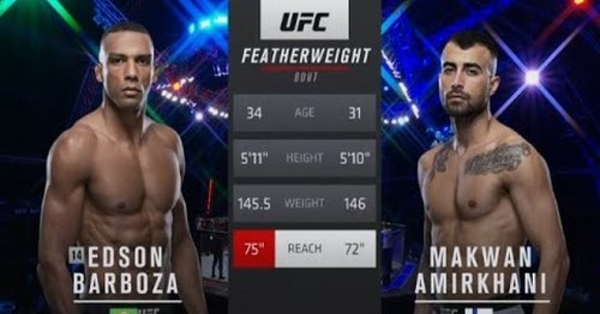 In the co-main event of the tournament, Brazilian Edson Barbosa and Finnish fighter Makvan Amirkhani met. The fight lasted the entire distance, after which all the judges gave the victory to the Brazilian – 30-26, 30-27, 29-28.