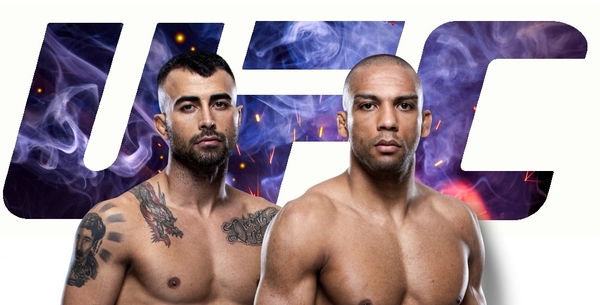 This coming weekend, on the night of Saturday to Sunday, the UFC will hold its tournament for the third time in a row on Yas Island, in Abu Dhabi (UAE). In the main fight of the UFC Fight Night 179 card, fans will probably see a fight for the title of contender # 1 for the title.

In the co-main event, once-dangerous lightweight Barboza will fight Amirkhani for the second time in his career as a featherweight.

After losing four out of five fights, Barbosa decided to drop down to featherweight. In May at UFC on ESPN 8, he suffered his third loss in a row, losing on points in a close fight to Dan Iga. Note that since 2017, Barbosa has lost only to worthy ones: Khabib Nurmagomedov, Kevin Lee, Justin Gaethje, Paul Felder and Iga. And the last two separate decisions of the judges.

Amirkhani made his debut in the UFC in January 2015, having a record inside the octagon of 6-2. In June at UFC 251, he closed a KO loss to Shane Burgos with an anaconda win over Danny Henry.

Barbosa has always stood out in the cage with his kickboxing. In addition to being dangerous with his kicks, he also has a brown belt in BJJ.

Amirkhani, in turn, is a pronounced grappler. A native of Iran has a solid wrestling past, and he implements these skills well in the cage. Makwan is extremely dangerous on the ground, as evidenced by his 11 submission victories out of 16.

If Barboza manages to avoid takedowns, which will not be easy to do, then he has a clear advantage in the standing position, which can result in a comfortable victory on points or a knockout.

Barboza wins by knockout in the 2nd round