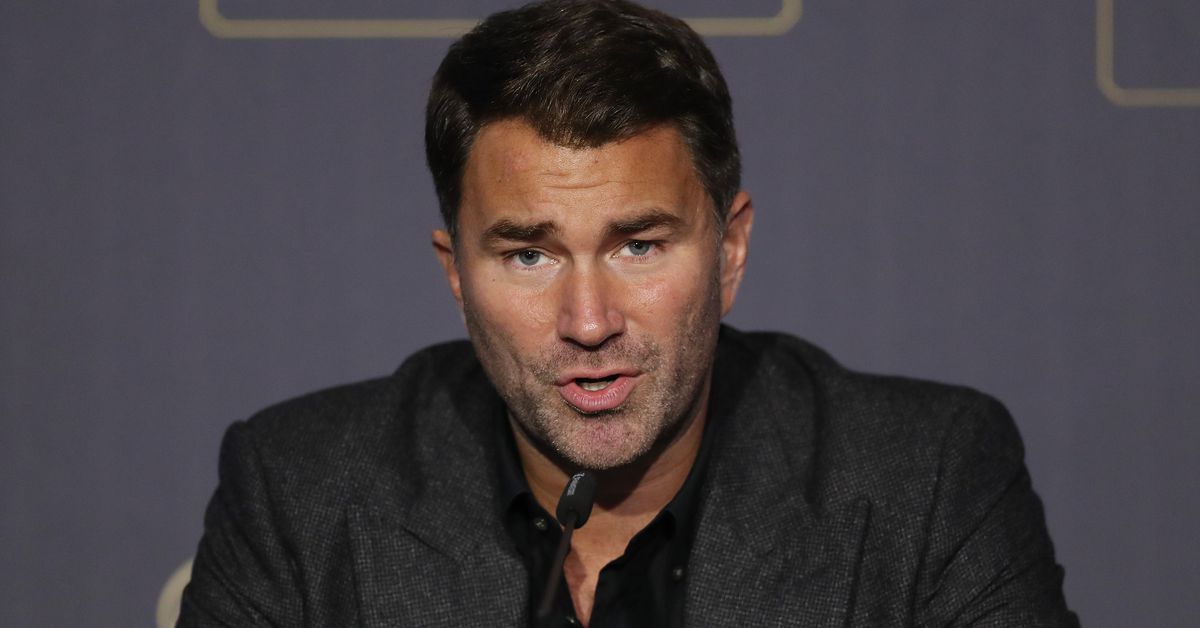 Eddie Hearn is one of the most successful promoters in combat sports today, having promoted some of the biggest stars in boxing, including Canelo Alvarez, Anthony Joshua, and Gennady Golovkin.

But despite his success in promoting the squared circle, the chairman of Matchroom Sport doesn’t envision himself branching out into caged combat anytime soon.

“I’ve looked at it a few times,” Hearn recently said on The MMA Hour. It only takes two to three talent, but I guess that there are a lot of people. Imagine that you came out and you launched a new MMA company and I signed Francis Ngannou.

” It all comes down to your talent. I do not want to be a lower-level MMA fighter. If I enter MMA, it will be against the UFC. I do not want to take on UFC. They’re very good and very powerful and I’ve got enough on my plate in boxing.”

Golden Boy has not put forth another event since then, ostensibly because it’s difficult to find promotional success in a sport dominated by the UFC.

Hearn said that if a number of important events occur where he could sign multiple top fighters, then maybe he’d consider expanding.

” It’s all down to talent,” Hearn stated. It can all happen quickly.

“That’s exactly what it happened to me with boxing. In less than a week I had signed Carl Froch and Darren Barker as well as Kell Brook. Next thing you know, I have the exclusive Sky (Sports!) contract — that’s possible with MMA. You never know. Sleep with one eye open.”