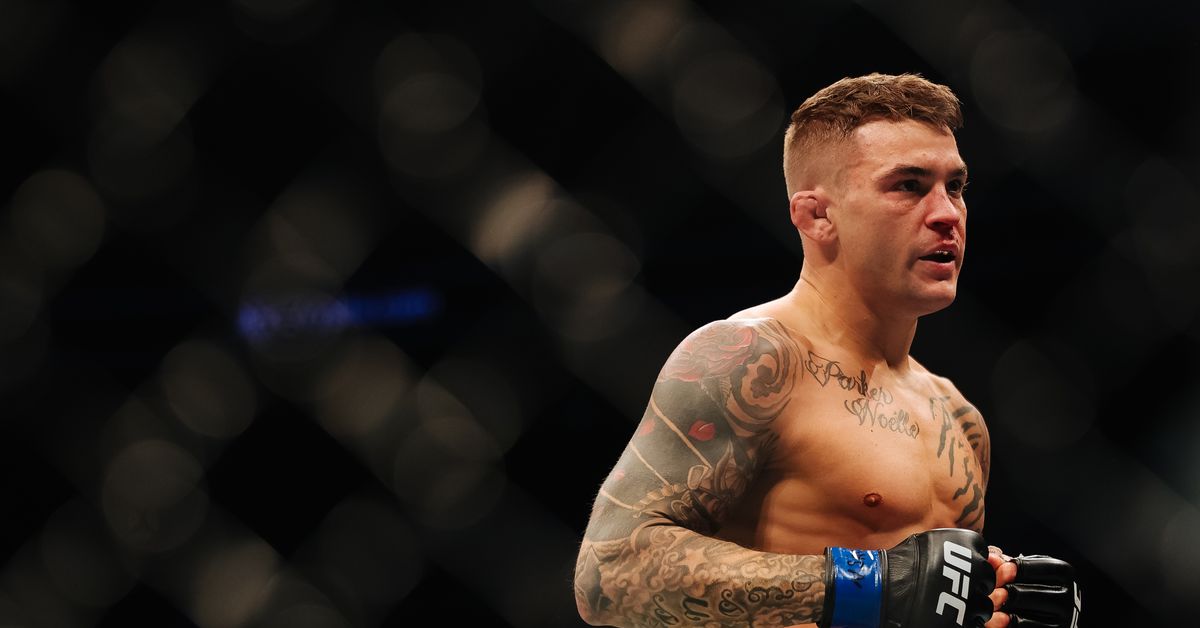 Dustin Poirier still has his heart set on a fight with Nate Diaz.

At UFC 269, Poirier failed to win his second attempt at the undisputed lightweight title. He was submitted by Charles Oliveira during the third round. After the loss, he began calling for the UFC to rebook a fight with Diaz. They had been scheduled to meet at UFC 230 in 2018,, but that bout was cancelled.

It seems that the time is right for them both, so they have asked the UFC for the booking of the fight. Poirier clearly is frustrated that nothing has been done.

“This reality show of an MMA community that we have, everybody is throwing s*** at me anytime I say what’s up, Nate,” Poirier said on The MMA Hour. “This fight has been offered to me twice already this year, and I’ve accepted both times. This guy is not my target. Don’t call my phone and ask me to fight the guy — I don’t know, maybe he can’t get a deal done. My side: I have accepted two times now. 2022.

I don’t know [why it hasn’t been made]. His deals are not mine. He’s not my friend. I really wish I could tell you.”

Theories abound for why the UFC has yet to book a bout that both Diaz and Poirier want and the fans are obviously interested in. The biggest is that since Diaz is on the final fight of his current UFC contract, the promotion doesn’t want to book it unless he re-signs with the promotion.

Instead, UFC repeatedly tried to schedule a fight between Diaz & Khamzat Chimiaev. Diaz seems to have been unwilling to fight in this bout and so there has been a standoff. Poirier wishes the whole thing would just get resolved so they can finally lock horns.

“What I feel in my heart is the guy’s not going to re-sign. That’s what I feel. They’ve been going at this for awhile it seems, and I know he wants to fight . …

“I don’t know what’s going on right now with his current contract, with Chimaev, but I said yes to them twice this year and I’m saying yes right now to you and the world. I will fight you. Let’s go. I can make weight next week.”

Whether the UFC will finally give Diaz a fight he wants remains to be seen, but it’s clear at this point that their relationship with Diaz is not on good terms. And with Diaz willing to accept a lot of possible fights just to be out of the UFC, “The Diamond” is at risk of losing this fight forever, an outcome he hopes doesn’t happen.

” We’ll see the UFC do what they want,” Poirier stated. Let’s get started. Nate. Get Nate’s s*** together, let him fight it out, or do whatever you’ve got to do, Nate, on the business side, and let’s go. It’s an enjoyable fight.

“Like I said, and I guess a lot of people have said the same s***, I’ve been watching the guy fight since I was living at my mom’s house. Fighting on Spike TV, I’ve been a fan of him and his brother for a long time. If he leaves the UFC and I never get to touch that chin, that sucks.”