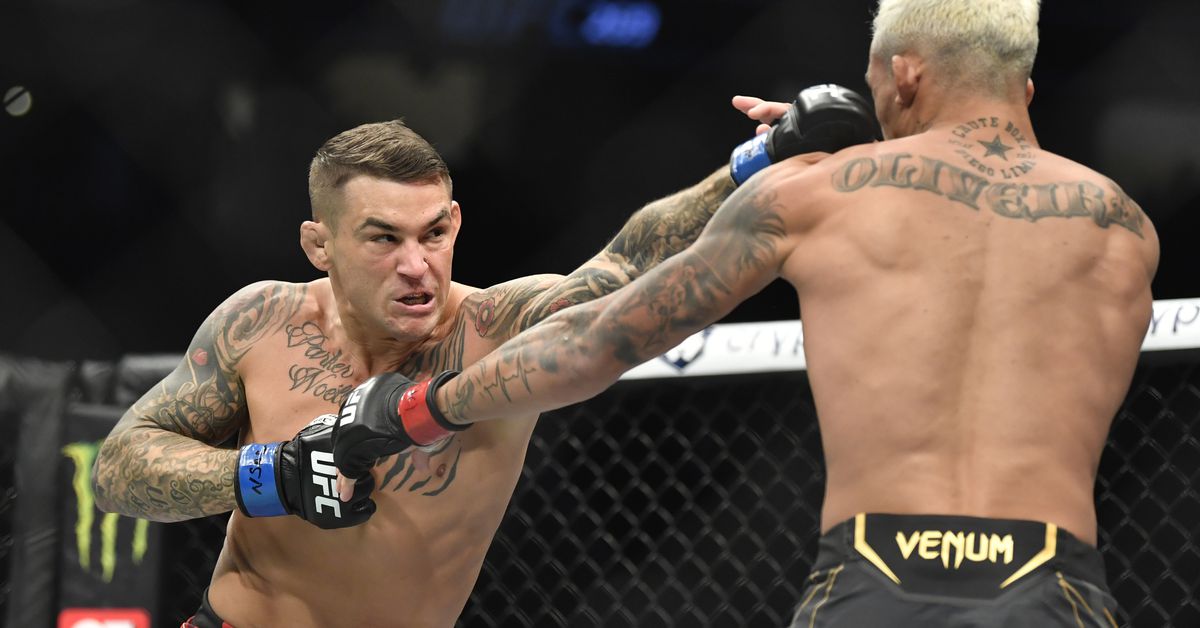 Former UFC interim lightweight champion Dustin Poirier has two potential fights on the horizon. The one he wants – a long-awaited showdown with Nate Diaz – carry better odds than the one he says he doesn’t – a grudge match with Colby Covington.

Poirier is a -400 favorite to defeat Diaz, according to SportsBetting.ag, while he’s a +300 underdog to defeat Covington. That would mean a $100 bet on Poirier would return $25 against Diaz and a $300 return against Covington.

Poirier has repeatedly lobbied to settle his score with Diaz after their UFC 230 meeting was cancelled. Diaz and the UFC have signaled a willingness to make the matchup, but reports have tied it to a new contract for Diaz; UFC President Dana White expressed confidence the Stockton, Calif., star would re-sign at UFC 272.

Ready to fight @ufc is slow rolling me wtf pic.twitter.com/8cjm0udGJ5

Covington, meanwhile, used his post-win speech at UFC 272 to call out Poirier in the most explicit terms. Covington said that Poirier beat Jorge Masvidal, his long-time partner and former roommate. He explained that fighting Poirier was a waste of time as Kamaru Usman is recovering from hand surgery.

In response to Covington’s callout, a vacationing Poirier used an expletive to describe the welterweight and said he should first fight a welterweight contender.

Poirier has been on the sidelines after a heartbreaking submission loss to current lightweight champ Charles Oliveira at UFC 269. It was the second time he fell short in his goal to capture the undisputed title, and he said afterward that he was only interested in fun fights, potentially at welterweight.

The 170-pound division put him on Covington’s sights, but the lopsided odds are a likely reflection of Covington’s smothering wrestling ability, which kept Masvidal largely on the defensive as he fought off rear-naked choke attempts from his rival.

Although an expert with submissions, Diaz is known more for slugging it out with opponents. The one-time lightweight title challenger most recently appeared in the octagon at UFC 263, where he lost a lopsided decision to Leon Edwards but won a moral victory with a last-second comeback.