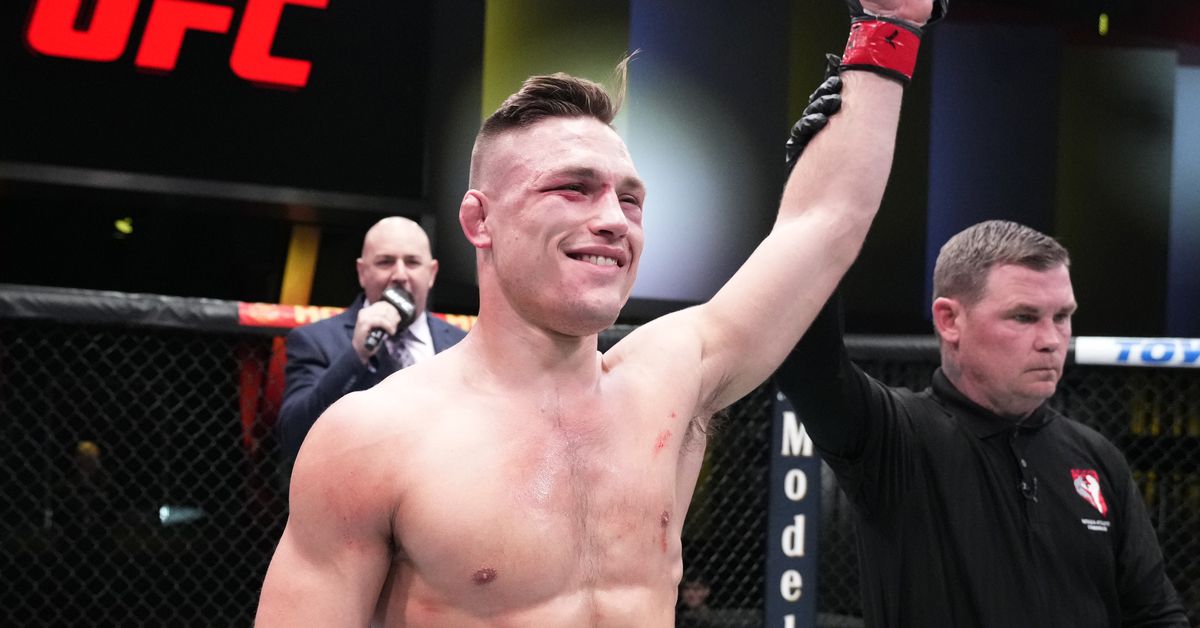 No one in the last few years has been able to survive the initial onslaught of Terrance McKinney and make out with their wits still intact.

The lightweight veteran gutted through a hellacious opening assault from McKinney before staging a remarkable comeback at UFC Vegas 50 and earning a first-round TKO stoppage.

“I found out how hard he hits and how quickly that comes,” Dober said on the ESPN+ post-fight show. But I found out that he is a finisher in the first round, but that he does not plan to for the second and third rounds. With my experiences and all the wars I have been involved in, I know exactly what I can do — and you must put me to bed to end me .”

With 18 UFC fights under his belt, Dober (24-11, 1 NC) was by far the most experienced opponent McKinney has faced in his young career, and that veteran savvy paid off.

Dober survived through a blistering knockdown and massive volley of blows from his hard-charging foe, but unlike McKinney’s last five opponents — all of whom were stopped in the opening round — Dober maintained his composure and ultimately returned fire, turning the tide by dropping McKinney with a heavy knee followed by a barrage of punches and elbows to secure one of the wildest comeback wins of his 13-year MMA career.

“He came out hot and I could just tell by his temperament, he couldn’t keep that up,” Dober said. It takes more than one knee just to get me out of my misery.

“So I was just letting him fade, unfortunately with cosmetic damage, but then once he started to fade, I was able to pick up my motivation.”

McKinney accepted the fight on short notice just two weeks after his own win at UFC Vegas 49 once Dober’s original opponent, Ricky Glenn, withdrew due to injury.

Nonetheless, the performance was exactly what Dober needed to get his career back on track and reenter his name into lightweight contention following a two-fight losing streak that saw him stumble against Brad Riddell and Islam Makhachev.

HUGE comeback for @DrewDober at #UFCVegas50

Dober has always been one of the toughest outs at 155 pounds, and he hopes a victory over a top prospect like McKinney can be a launching pad to a real run into UFC title contention.

“It’s just adjusting what I need to adjust for the top caliber opponents,” Dober said. “I think I have the physical skill set to be in the top 10, top 5, and my mind was kind of the only thing holding me back, so I had to put it in practice. And there was only three minutes of this fight, but we’re going to keep on growing and we’re going to keep on showcasing it.”

Dober has already thought of his next name.

The 33-year-old Nebraska native called out fellow veteran Bobby Green in the aftermath of his win. Green is coming off his own short-notice loss to Makhachev at UFC Vegas 49, and Dober is hopeful the matchup makes enough sense to entice UFC matchmakers.

“As soon as he’s available,” Dober said of Green.

“He’s, I’m sure, going to let me know and then I’ll let him know, and we’ll figure something out.”