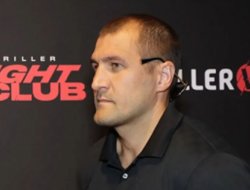 Streaming Trillerwho seemed to have finally left the boxing industry after a series of financially failed events, does not give up!

On October 22, Kansas City (Missouri, USA) will host another evening from this platform, which traditionally serves fans with a combination of boxing and a music show.

Reviewer
Mike Coppinger told how the platform will try to attract fans in October. The idea is understandable and tested earlier – the sons of ex-world champions will perform in the show.

Also on the card will be:

The names of the opponents have not yet been announced.

Until this last show from Triller took place in May: Sergey Kovalev returned to boxing: the veteran beat Tervel Pulev. Later it became known that he was not paid for this fight, although they promised solid prize money – the fees of all participants in the show.