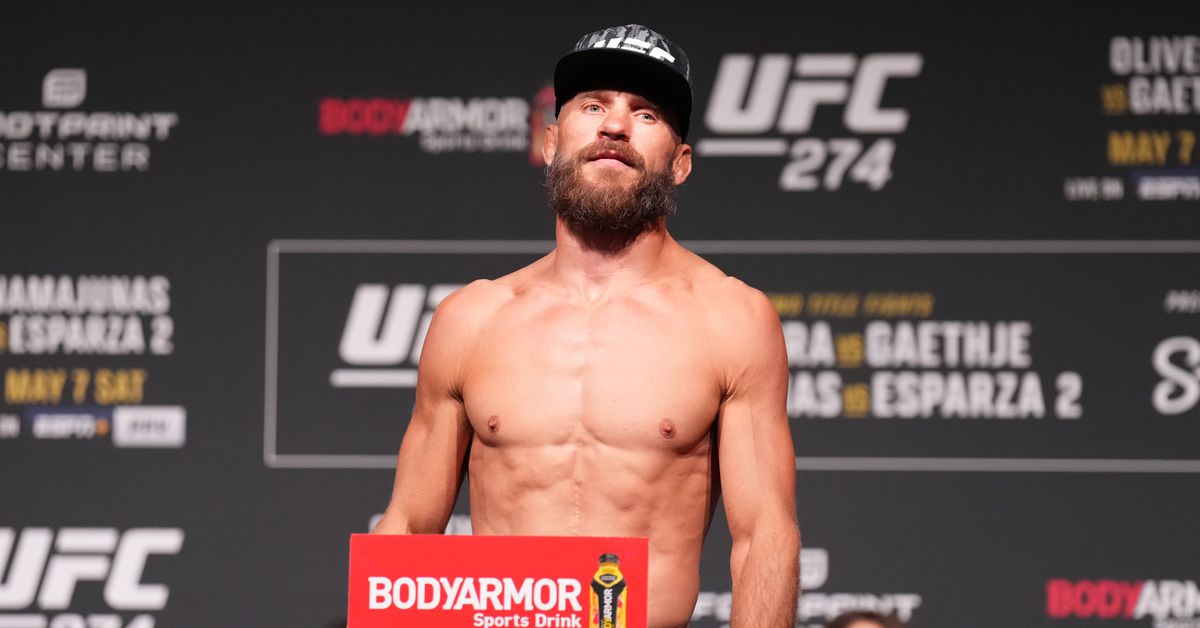 Donald Cerrone wasn’t able to fight this weekend, but he’s still sticking with his retirement plan.

“Cowboy” was scheduled to fight fellow lightweight veteran Joe Lauzon in the main card opener of UFC 274 this past Saturday at Footpring Center in Phoenix, but it was announced during the preliminary portion of the show that he had been forced to withdraw due to an illness. Commentator Joe Rogan suggested that it was a case of food poisoning.

On Sunday, Cerrone posted a video on Instagram expressing his regret over not being able to fight and his plans for what he expects to be the end of his 16-year pro MMA career.

“My heart is broken and torn,” Cerrone said in the video. “I cannot believe I had to make that call. If you know me you know I only pulled out because I had to. I am grateful to the UFC, the medical department and everyone who helped me in any way possible. But we couldn’t make it .”

Joe Lauzon reacts to UFC 274 fight with Donald Cerrone being scrapped: ‘I know he would do everything he could do to be in there’

The bout was to be Cerrone’s 49th appearance under the Zuffa, LLC banner, which includes 38 UFC appearances and 10 appearances for the World Extreme Cagefighting promotion. Cerrone, 39, is a one-time UFC title challenger who has had success at both lightweight and welterweight. However, he is in a slump dating back to May 2019, having gone winless in his past six outings.

Cerrone stated that he would like to continue fighting for UFC two times more and then retire.

“I have 48 fights under Zuffa,” Cerrone said. “I’m saddened that I couldn’t have my 49th and put on a show for you all. My number is 50, gentlemen. I’ll retire when I get 50. Two more UFC fights for me. So thank you Dana White, thank you Joe Lauzon for not taking that fight with an ill, sick Cowboy. Do you want a healthy and strong mother *****.?

” So we will meet again. Like I said, Cowboy’s got two more fights left under Zuffa. I want 50 fights then I’m bowing out, I’m out of here, boys. I’ll be back stronger than ever ready to take on the world. Let’s go.”