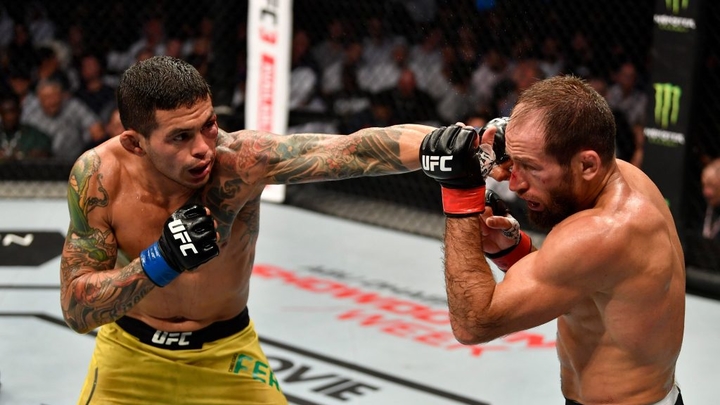 On the main card, we will also see the two lightweights from the bottom of the top 15, Ferreira and Dariush, face off. Moreover, the latter has already defeated Ferreira – in 2014 at UFC 179 by a unanimous verdict.

Ferreira is on a six win streak. He hasn’t been in the cage since January 2020, when he defeated former UFC champion Anthony Pettis via submission in the second round. In the future, Ferreira’s fight against Drew Dober broke down twice: in the spring due to the cancellation of the tournament due to the pandemic, in the fall due to the illness of the Brazilian.

Dariush had an excellent year in 2020, winning both of his fights by knockout. He finished Drakkar Klose in six minutes and Scott Holtzman in less than five. The victory over the latter was the fourth in a row for the native of Iran.

Ferreira comes from BJJ, having a black belt in this martial art, he represents the greatest danger on earth. He’s not the strongest striker in the UFC lightweight division and can hardly be considered a puncher despite three TKO wins in the octagon. Dariush also has a black belt in BJJ and is also a basic grappler with decent punching power and good Muay Thai skills.

As often happens in a fight between two grapplers, everything is decided in the stance. There is every reason to believe that Dariush will again be stronger, and this time he can knock out Ferreira.

Dariush wins by knockout in the 1st round