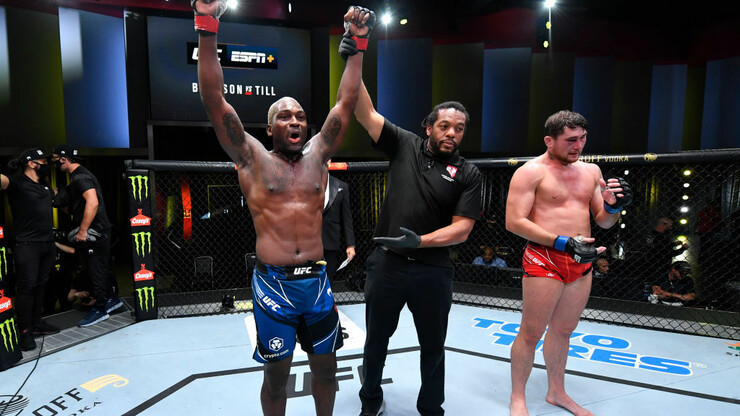 On the night of September 4-5 in the city of Enterprise, Nevada, a mixed martial arts tournament UFC Fight Night 191 was held.

Middleweights American Derek Brunson and Englishman Darren Till met in the main battle of the tournament.

The victory was brought to Brunson by a reception (rear naked choke), which the American held in the third round.

This victory was the fifth in a row for Brunson, and Till continued a series of unsuccessful fights.