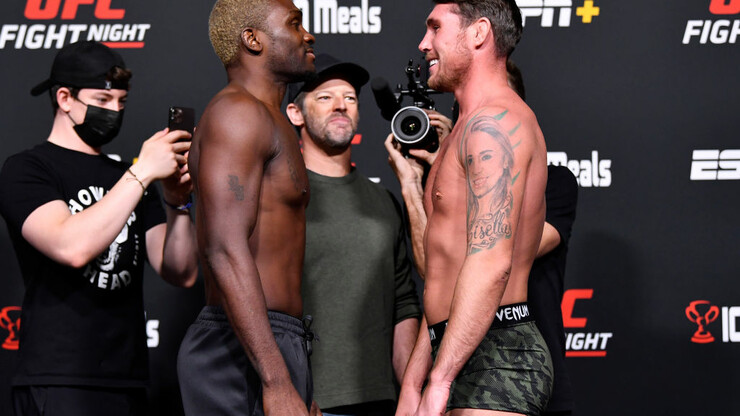 The middleweight bout between Brunson and Till was originally scheduled to headline the August 14 UFC event, but the entire tournament was cancelled.

No. 5 rating Derek Brunson (22-7) scored a good move, the veteran goes on a series of four wins. In 2019, he won on points over Elias Theodorou and Ian Hainisch, in 2020 by a 3rd round knockout over Edmen Shahbazyan, and in March 2021 he passed Kevin Holland with a confident five-round decision.

№7 rating Darren Till (18–3–1) won only once in the last four fights. After losing to Tyron Woodley in a title fight by submission and Jorge Masvidal by knockout, Till decided to move up from welterweight to middleweight. In November 2019, in the new old category, the Englishman barely won on points from Kelvin Gastelum, but in July 2020 Till lost again – after five rounds to former UFC champion Robert Whittaker. Since then, due to injuries, Till has not competed.

Till can have a tangible advantage in his position over his opponent, despite the fact that he is a good striker. Brunson can pose a threat to Till with his powerful punch and wrestling skills.

Till is able to keep Brunson at bay to take the fight to his decision win. Brunson is a “broken” fighter, 5 out of 7 knockout losses, but Till in the UFC has not shown his knockout power for a long time, which he definitely has.

Prediction – Till win on points

The fight will take place on September 5 in Las Vegas (Nevada, USA) at the UFC Apex and will be the title fight at the UFC Fight Night 191 tournament. The estimated start of the fight is 01:00 am Kyiv time. The fight will be broadcast live on Setanta Sports.