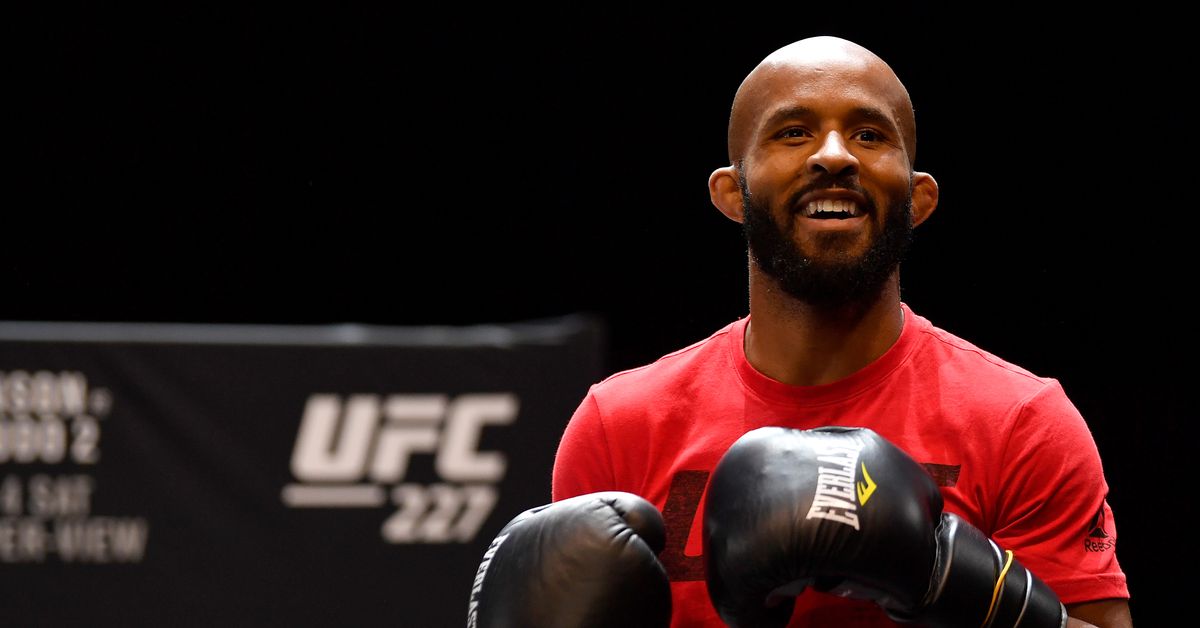 When Demetrious Johnson set a new mark for UFC greatness with his 11th consecutive defense of the flyweight title in 2017, it was a big deal.

Johnson surpassed legendary middleweight champion Anderson Silva, who’d previously set the standard with 10 straight defenses of his UFC belt. It’s a feat that still stands today as one of the most unassailable records in the sport, although as “Mighty Mouse” gazes over his old promotion’s landscape from afar, he can spot at least a few notable names who may have a chance of matching or surpassing his iconic number in the next few years.

“I think the only people who are close to beating that are: Valentina Shevchenko — she continues to impress me every time she steps into the octagon — Kamaru Usman, [and] Israel Adesanya,” Johnson said Wednesday on The MMA Hour ahead of his March 26 mixed rules fight against Muay Thai champion Rodtang Jitmuangnon at ONE Championship: X.

Shevchenko may have the best chance. She has reigned over the women’s flyweight division since late 2018 and leads the current batch of UFC champions with six title defenses. Usman, meanwhile, has five defenses of his welterweight belt, and Adesanya just recorded his fourth middleweight title defense in January with a win at UFC 271 — although if you ask “The Last Stylebender,” he should be tied with Usman at five title defense.

In his UFC 271 post-fight press conference, Adesanya argued that his title unification bout against Robert Whittaker at UFC 243 should’ve counted as a title defense, as Adesanya was already the interim champion coming into the bout. Johnson, however, disagrees.

Johnson left the UFC in 2018 following a loss to Henry Cedujo and signed with Singapore-based promotion ONE Championship, where he’s since won the promotion’s flyweight grand prix. Prior to that, his legendary reign as UFC champion stretched from 2012-18, during which Johnson was one of the most consistent and active champions in MMA.

Looking back, Johnson said that consistency regarding his level of activity was a key factor in his ability to maintain momentum as he rifled off title defenses — and he also wonders if it could be the factor that would ultimately prevent any of the three names he mentioned from breaking his record in the UFC’s current “money fight” era.

“I think those three will be the closest ones to set a new record, but when I look at it, it’s like, it took me six years,” Johnson said. Dominick Cruz said that some years ago, I had fought John Dodson back in January. Then I went through shoulder surgery and returned to fight in July. I then fought again in December. That was three consecutive wins as champion, where I was f ****** running them all up. I was just, I didn’t care. The more I fought, the more money I made — and at the end of the day, it’s about making money to provide for your family and go into retirement one day.

“So I think those three athletes can do it, but it takes a long time, especially with injuries and finding the right opponents, and now [with UFC champions] it’s about what fight is going to make me the most money,” he continued. “It’s not about who’s next in line, ‘I’m going to fight you. In two months, I will fight you. Oh, you want some too? I’m going to beat you in three months.’ It’s like, we need to blow this fight up so we can sell it, so we can make as money as possible. Shevchenko is also a mystery to me. I’m not sure if Shevchenko wants to have children or get pregnant.

“But these three people are close to breaking the record .”