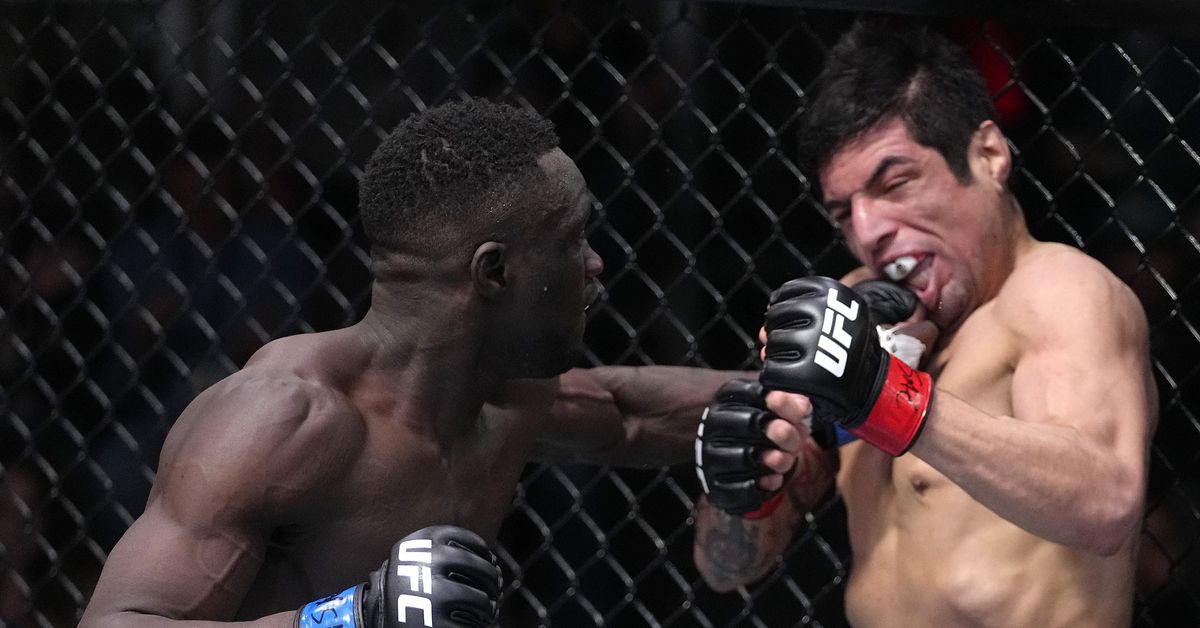 The scheduled fight between David Onama and Nate Landwehr has been scrapped from the UFC Fight Night card in Columbus, Ohio on March 26.

Onama announced the news via social media, adding Landwehr’s exclusion from the competition for unknown reasons. Additional sources confirmed that the information was relayed to MMA Fighting Saturday.

for your continued support.

After a quick win over Gabriel Benitez in February, Onama agreed to fight Landwehr.

It appears that Onama will need to rest until the latter part of this year in order to return to active duty.

As for Landwehr, there’s no word on what exactly forced him to drop off the card but obviously he was unable to compete as soon as March 26.

The upcoming card in Columbus will be the first domestic UFC Fight Night card held outside of the UFC APEX since 2020, when the global pandemic began. Curtis Blaydes, Chris Daukaus and Chris Daukaus are the heavyweights on this card.