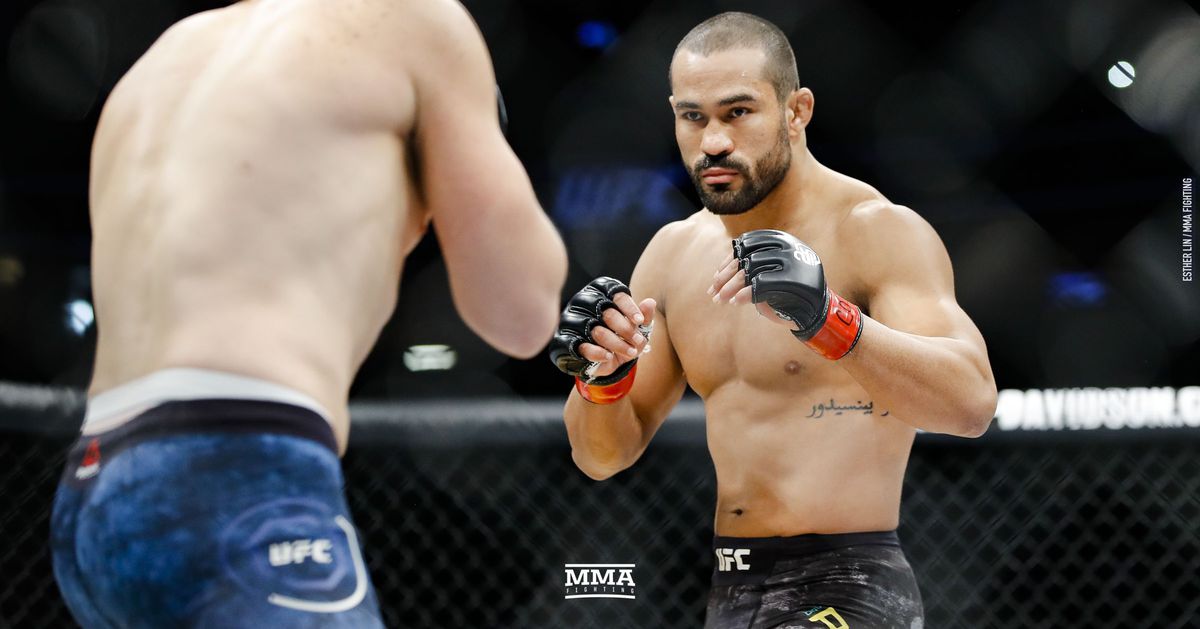 Davi Ramos wants out of the UFC.

Sitting on the sidelines since a decision defeat to lightweight prospect Arman Tsarukyan in July 2020, Ramos told MMA Fighting he has asked his managers to request his release from the company so he can continue his career elsewhere. Ramos completed his most recent four-fight contract with the UFC against Tsarukyan, but MMA Fighting has learned he remains on the UFC roster, getting frequently tested by the United States Anti-Doping Agency despite the fact he hasn’t been offered a new deal nor a bout in almost two years.

“It has been so long that they haven’t cut me. So I’m asking Ramos to quit. “I did everything I could do, I’ve waited, I’ve offered to fight in multiple divisions, 185 and 170, every weight class, and they didn’t give me a fight. I don’t know why. I don’t understand why. I went to the United States with my own money just in case someone pulled out from a fight and I could fight and nothing happened, so I’m very upset with all that.

” I felt low after all that has happened. I know the athlete I am and everything I’ve accomplished. I’m not criticizing the UFC, but I’ve always had this dream and fought hard for it, keeping my weight low and training, hoping for a fight, and so far nothing happened. This is too much. It’s too much. I have two children, a family and a home to support. Money doesn’t come from the heavens. So I asked my managers for my release and requested that the UFC cut me .”

Ramos is a multi-time champion in Jiu-jitsu and ADCC Gold medalist. He signed with UFC in 2017 but lost against Sergio Moraes in an instant decision. Ramos submitted Chris Gruetzemacher and Nick Hein with rear-naked chokes to earn a new four-fight deal with the UFC, then choked out John Gunther months before a decision victory over Austin Hubbard.

The 35-year old talent saw his winning streak of four fights broken by Islam Makhachev. He returned nearly one year later to take on Tsarukyan. Tsarukyan and Makhachev have both been in a whirlwind since that time and Ramos feels that getting to a decision with them is proof of his “best guy” status. Ramos stated that he has “in discussions” with several promotions and that he likes the offers he received from ACA.

“Unfortunately, I’m putting my dream aside a little bit,” he said. “I must live and breath new air, so that maybe I can come back one day and achieve what I have always wanted to do in my life: to be a champion in UFC. I can’t do it right now, unfortunately. Because the UFC doesn’t give me an opportunity to work, I must choose another promotion.