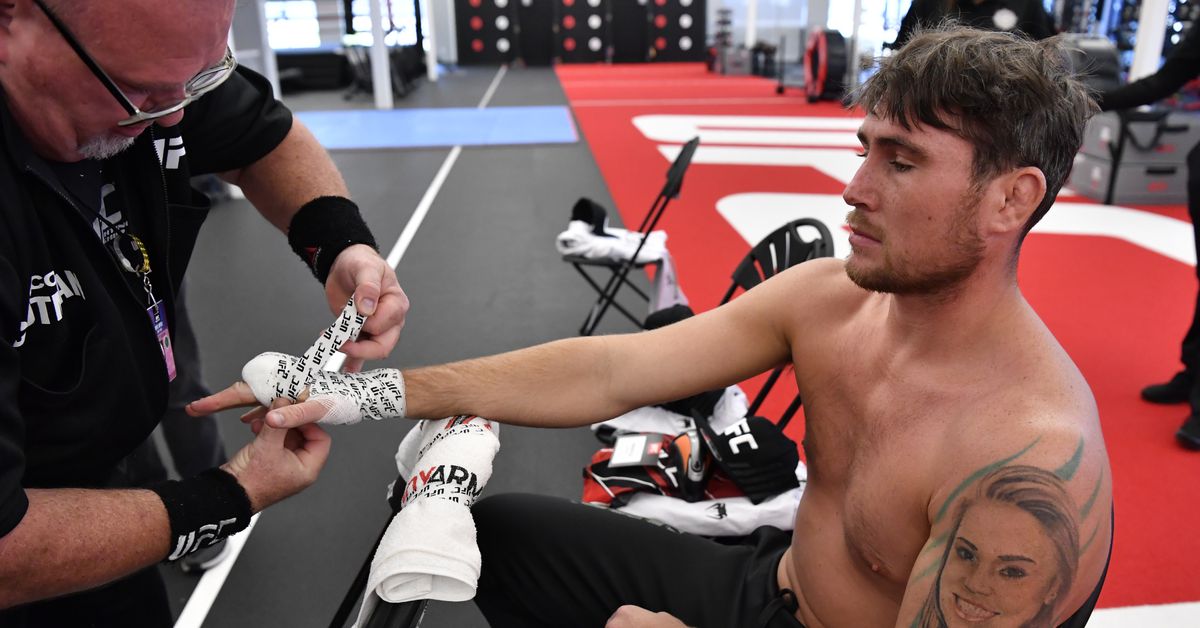 Darren Till was impressed with Alex Pereira’s power display in stopping Israel Adesanya to win the middleweight title at UFC 281 and believes Pereira’s knockout prowess is comparable to another great historic KO artist.

Following Pereira’s title win at UFC 281, Till spoke with Michael Bisping about what he saw in the fight to crown a champion in his division, and what Pereira may lack in speed in Till’s opinion, he makes up for it with his ability to stop opponents in their tracks.

In Till’s eyes, Pereira’s finishing power reminds him of the late Anthony Johnson, who passed away at the age of 38 on Sunday.

“I think Pereira is a big, strong, massive, slow middleweight,” Till said on Believe You Me. He’s slow and his strikes don’t seem to be that fast but he is a man of great power. He’s two, three times as fast as me — Adesanya — but I believe he needs to land.

“It is like, Rest in Peace, I don’t even want him to be named because it’s a very sad [time],, but Anthony “Rumble” Johnson, I would like to offer my condolences but I’m going to actually give an example to him. He only needed to touch your head with a tiny finger and it was enough to knock you out. I think Pereira has that type of thing.”

Till will look to take a step closer to a chance to fight for the title when he takes on the surging Dricus Du Plessis at UFC 282 in December.

While getting there may take some time, as impressive as Pereira’s run has been, Till thinks the new champion may struggle with high-level wrestlers such as teammate Khamzat Chimaev, and past opponent Robert Whittaker.

“He is young but I heard Khamzat calling him out. I thought, “Khamzat will definitely take him down 30 second,” Till stated.

” Whittaker uses his strikes to his advantage in wrestling. I was the one to get him in that fifth round. We went four rounds of just making each other twitch, and then in the fifth round he used strikes into a takedown to get me. At that time, I couldn’t be taken down. Pereira, .”

is quite strong and he would still be having trouble with him.

When it came to Adesanya’s performance Till believed that the former champion looked just as good — or better — as it was up until the end of the fight.

“With Izzy, he just played the game again,” Till explained. “He looked good, he looked sharp, and he really knows who he is as a person and as a fighter, he’s not trying to be something he’s not — apart from his f****** stupid quotes, he’s cringey with the quotes.”