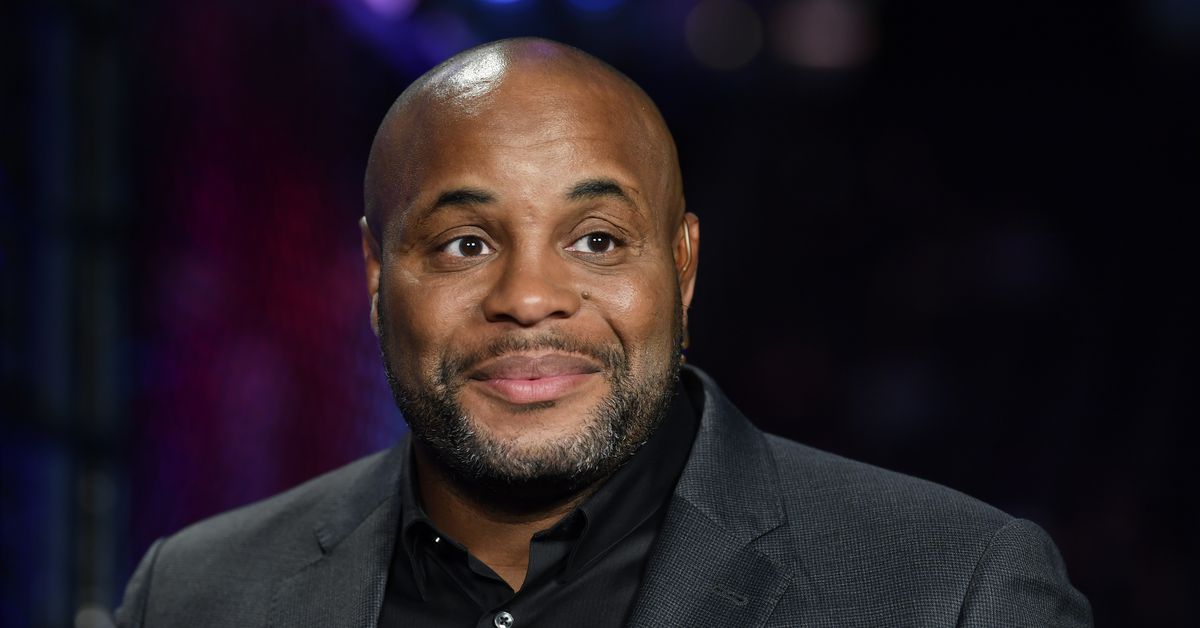 Daniel Cormier has just the right name for Jake Paul if the YouTuber-turned-boxer is serious about his fighting career.

In a video published Tuesday on his YouTube channel, Cormier commented on the ongoing public negotiations between Paul and former UFC middleweight Michael Bisping, a discussion that has seen “The Count” invite Paul to send him a contract if he wants to box a retired “43-year-old guy with one eye and no knees.”

The feud has left Cormier with plenty of questions about Paul’s motivations, but with one simple answer for who Paul should actually fight next.

“You want an older guy to fight?” Cormier said. “Hey, there’s a former UFC champion that is doing exactly what you’re doing. Anderson Silva is his name. That’s who you should be fighting, Jake. That’s who you should be calling out, because guess what, he still fits the mold. Ex-UFC champ. Amateur boxer because he’s only fought, I don’t know, five boxing fights just like you. He is your same size as you and his age makes it fit the mold.

” Anderson should be called out, and not Michael Bisping. It’s the fight. That’s the fight. Not only does that fight fit the mold of what you’re doing, that fight actually gives us some idea of what this thing is that you’re trying to do or portray.”

After eight thrilling rounds where Silva displayed many flashes his striking style, “The Spider” won a split-decision and went on to defeat Tito Ortiz the next September in less than 90 second.

Paul, 25, is 5-0 as a pro boxer and he’s parlayed his massive social media fame into instant combat sports notoriety. He has defeated former MMA champions Tyron Woodley and Ben Askren, beating Woodley via a ferocious one-punch knockout in his most recent outing in December.

Cormier wonders about the origins of all this.

“To me, it seems as though Jake Paul wants to be considered a real fighter,” Cormier said. “He does the right things. He trains hard. He seems to have the ability to box when he is in the ring. I am proud to say that it appears like the child can fight. He and his brother [Logan]. are very athletic children. His brother did a tremendous job just recently in the WWE at WrestleMania, and honestly, if he chose to he could be a full-time performer, that’s how talented the kid is — obviously, he went seven or eight rounds with Floyd Mayweather. But when it comes to Jake, Jake seems to want to be a fighter, a boxer.

“So much so that he has taken the lead in terms of approaching Dana with fair fighter pay and everything else and you don’t know what the intention is with that or his fight career. It’s odd.”

Cormier has had his own run-in with Paul. The “The Problem Child”, a UFC 261 fighter from Jacksonville, Fla. had a confrontation with Cormier. He later stated that he would be willing to fight Paul, but in MMA only. Nothing came of that chatter and Cormier isn’t sure why Paul insists on targeting older fighters.

Even a potentially competitive fight with Bisping doesn’t make much sense in Cormier’s eyes.

“Michael Bisping is a boxer and a fighter, so with all the injuries that he’s had, Bisping will still go out there and fight as hard as anyone you’ve ever seen,” Cormier said. “He’s always in fantastic shape, he fights as hard from minute one to minute 25 or 15 regardless, he’s as tough as they come. Michael Bisping is a man’s man.

“This would make Jake Paul a more difficult opponent, but it still doesn’t bring you any closer to being legitimate. Mike is not a great fighter. However, Michael Bisping is 43 old. Knee operations. He has a swollen eye. What’s Jake Paul ?”

Cormier is aware that Bisping’s fight would attract a lot of attention, but he believes that Silva is the perfect matchup for Paul.

” If you truly want to impress the world and prove to Jake Paul that this is Jake Paul’s second career, Cormier stated, “that you are a legitimate fighter, then you have the Showtime deal. It’s a great fight because Anderson Silva, who is an amateur boxer still trains, is fit and has dealt with injuries. Anderson Silva is older than most of us. But Anderson Silva still fights and offers a great opportunity to prove your worth. Let go of that Bisping stuff.

“I get it. If you’re gonna fight Mike, I’m tuning in. Hell, I might even go to watch my friend cash in and watch you get pushed [to a place] that you have not been pushed to yet. Maybe in sparring, but in a fight, nobody’s pushed you like Bisping will push Jake Paul. Jake Paul must fight someone who is better in the sport if he wants to be real. And that person to me is Anderson Silva.”