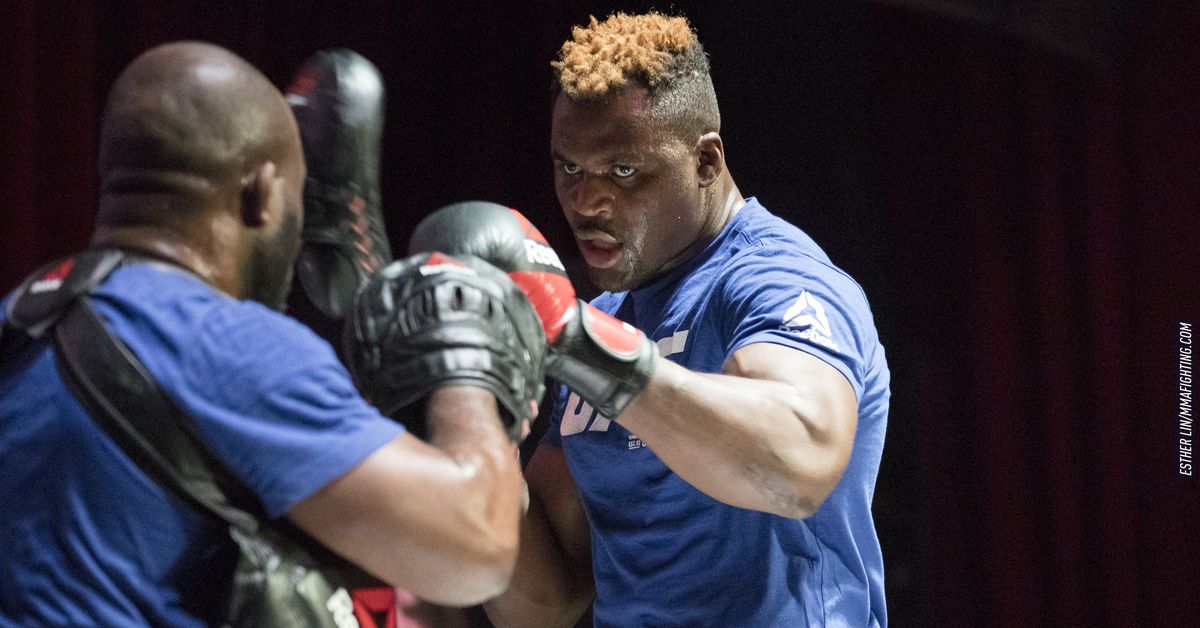 Dana White doesn’t think too highly of the UFC’s heavyweight champion going up against Tyson Fury.

During an appearance on The Pat McAfee Show, White was asked for his thoughts on Francis Ngannou chumming it up with Fury inside the ring as the two combat sports stars discussed a potential crossover bout immediately following Fury’s win over Dillian Whyte on April 23 in front of a packed house at Wembley Stadium in London.

” That fight is definitely not a lock,” White stated, adding later, “Listen. They’ve been talking. Fury is considered the best and most respected boxer of all time. You look at the guys that he’s beaten and how easily he’s beating them. I don’t know. We’ll see how this thing plays out. I don’t love the crossover fights. They are not my favorite .”

Francis Ngannou states that resigning with UFC is not an option ‘

Francis Ngannou confident he can defy the odds and knock out Tyson Fury: ‘It’s not easy, but possible’

Junior Dos Santos: Francis Ngannou ‘won’t have much success’ in boxing with his ‘limited’ technique

White was involved in the most lucrative crossover fight of all time back in August 2017, when then-UFC lightweight champion Conor McGregor stepped into the boxing ring with Floyd Mayweather. McGregor lost to Mayweather by 10th-round TKO.

The bout was a massive success, cracking 4. 3 million pay-per-view buys, but for now White doesn’t sound like he’s interested in going through that circus again.

White was then asked whether he was concerned about Ngannou’s legacy or if he felt that agreeing to a match with boxing gloves would hurt Ngannou’s chances. He was straightforward in his answer.

” If you have any knowledge about fighting it is a ridiculous conversation .”